One of the greatest aspects of the videogame medium is its ability to allow players to inhabit the mind of someone, or something, other than themselves. You can be people from all different walks of life, with all kinds of skills and abilities that you don’t possess. You can be androids, demons, demi-gods, or just about anything else you could possibly imagine.

Or you could be an animal, something you can see and interact with in the real world, with their own thoughts and behaviors that most people wouldn’t understand.

And I’m not talking about all those anthropomorphic animal mascot characters like Sonic the Hedgehog or Crash Bandicoot. I mean real animals, or at least as real as you can get in a videogame. Characters like Ecco and Amaterasu come close, allowing players to move around like an animal, but also granting them special powers that normal animals don’t have. 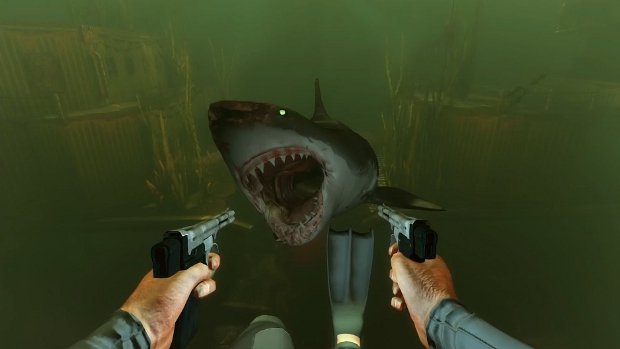 Playing as a shark in Depth is my new favorite thing. Controlling the sharks feels incredible; they move and behave exactly the way I feel a real-life shark might, darting swiftly through the water, stalking their prey, and thrashing about in the heat of battle.

The sharks’ controls are simple: move through the water with the mouse and WASD, right click for a short lunge, left click for a long lunge, and once it’s got something in its mouth, thrash the mouse around like crazy to kill it faster. That’s pretty much it, aside from holding shift to swim faster and pressing E to activate a special passive ability, but that’s really all a shark would need to be able to do.

Players get to choose between four types of sharks: the tiger, the great white, the mako, and the hammerhead. Each has its own strengths and weaknesses. The great white is sort of like the tank shark — lots of health but little stamina, with a special ability to increase defenses. The mako (my personal favorite) is the opposite; it has lots of stamina but little health, with the ability to mark targets for extra points. Tigers and hammerheads are somewhat balanced stats-wise, but the tiger has the ability to blend into the environment while the hammerhead is able to quickly kill divers by ramming them into walls. There’s also an all-powerful and truly terrifying megalodon, but he’s only available in a special mode. 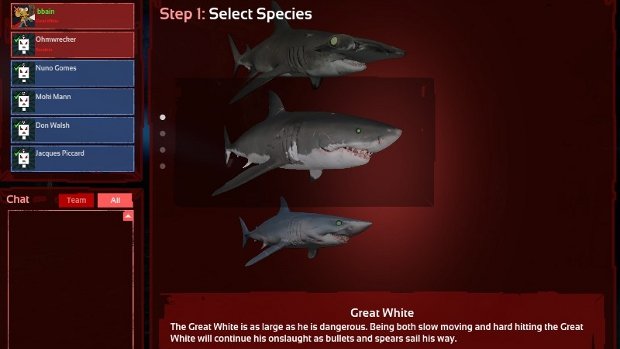 You’d think a shark would clearly have the upper hand in a fight against divers in the water, but it’s not so simple in Depth. The divers come armed with a vast array of equipment to fend off the sharks, including sea mines, sonar buoys, nets, shields to disrupt the sharks’ senses, and weapons like bang sticks, harpoons, and rifles which can easily take down the large predators with careful aim. This means sharks have to be very careful about when and how they choose to attack.

After a while, I start trying to think like a shark. What would a hungry shark do in this situation? Wait for the opportune moment to strike, or go all in and hope for the best? Those seals swimming around are starting to look mighty tasty and much easier to kill than these humans, but they’re just a side dish. It takes a bit of work to get to the main course.

The challenge of playing as a shark comes from planning an attack strategy. Swimming recklessly into a room full of divers with no escape plan will most likely lead to a quick death. It’s better to examine the area for all possible entrances and exits, then swim in, grab a diver, and quickly swim out while killing them before the other divers have time to react. Another good plan is to circle the area and wait patiently for any divers to venture away from their group, picking them off as they swim out into open waters, greedily searching for treasure. These strategies of circling and waiting, examining the surroundings, and attacking at swift speeds all seem to mirror behaviors that real sharks often employ. 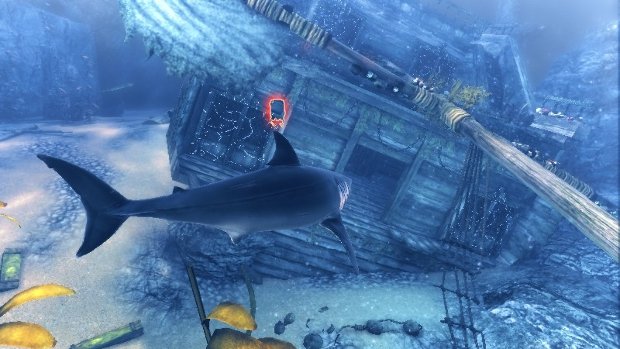 Of course, it’s good to keep in mind that actual sharks are not normally as aggressive towards humans as the sharks in Depth need to be in order to win. More often than not, real sharks are circling out of curiosity rather than hunger. But that’s where the videogame aspect of Depth comes in. It wouldn’t be nearly as fun to swim passively around the divers as they leave the sharks alone to collect gold. There needs to be action, and hungry sharks need to eat something, so why not humans? Sorry divers, but we can’t be friends in this game!

Getting into the mind of a shark for a few hours, even in a fictional world, just feels awesome. Sharks are not something I see everyday. I’ve seen some at the aquarium, although plenty of other people have encountered them personally out in the ocean. They’re scary, but they’re also beautiful, intelligent creatures. We may never know what a real shark is thinking, but taking the role of one in a videogame might bring us a bit closer to understanding them. And this is true for other videogame characters as well.

Aside from Depth, several other games have managed to capture realistic animal gameplay in the past too. While the main character in Mister Mosquito may appear very stylized and cartoonish, he flies around and bites people in a way that feels like I could be controlling a real-life mosquito (barring his inexplicable ability to push buttons on electronics by throwing his weight around). The Shelter series also lets players take control of animals in their natural habitats, with games centered around families of badgers and lynxes. 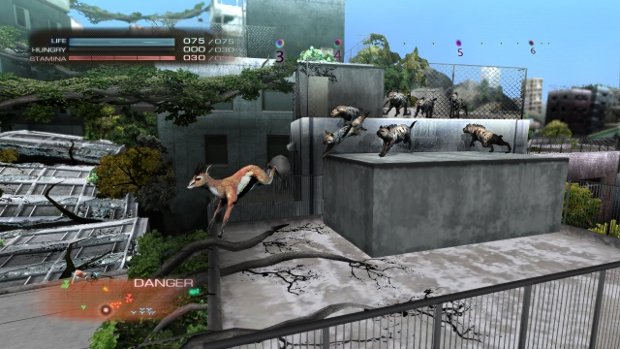 Another one of my favorite games in this regard is Tokyo Jungle. The animals in Tokyo Jungle feel really great to control, as they go around hunting for food, mating, and generally trying to survive like any animal would. I particularly enjoy the variety of animals available to choose from in Tokyo Jungle. There’s everything from cats and dogs, to chickens, lions, bears, porcupines, ostriches, elephants, and even dinosaurs. I can inhabit the minds of all sorts of animals!

I hope to see more games adopt realistic animals as main characters in the future. With so many different kinds of animals in the world, there are surely an endless amount of possible ideas for fun and exciting games centered around them. Now if we could just create a game where I could play as a majestic whale…