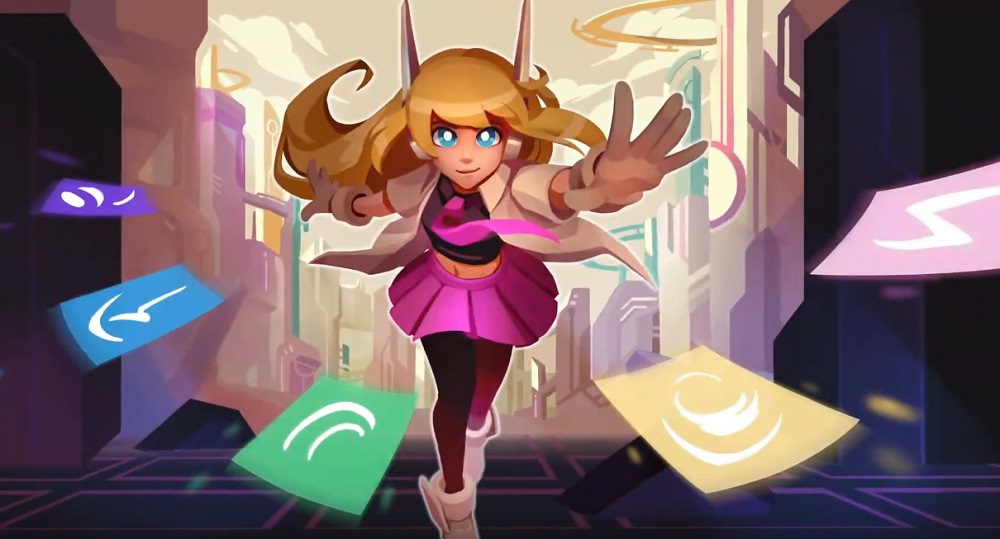 Can you reach paradise?

In a surprise drop, Humble Games’ award-winning One Step From Eden is now available to purchase on PS4. Having previously found fame on PC and Nintendo Switch earlier this year, the deck-building roguelike is now available to download on the PlayStation Network, priced around $20.

Picking from a selection of attractive and colourful characters, One Step From Eden tasks players with leading their chosen charge to the titular promised land, (although in this case “Eden” represents futuristic salvation for a post-apocalyptic world, rather than Adam and Eve’s famed sanctuary).

Build a deck of powerful spells, tools, and attacks while battling it out with a host of opponents and boss characters in strategic, grid-based warfare. Master the art of movement, upgrade and enhance your abilities, and be prepared to adapt your battle plan at the blink of an eye if your character is to see victory. Anyone familiar with Capcom’s Mega Man Battle Network series should feel right at home.

One Step From Eden boasts nine playable characters, multiple paths and endings, over 300 spells and items, procedurally generated worlds, local co-op and Vs. multiplayer modes, and dynamic difficulty that adapts to the player’s strategy, keeping the battles engaging and evolving in real-time.

One Step From Eden is available now on PS4, PC, and Nintendo Switch.