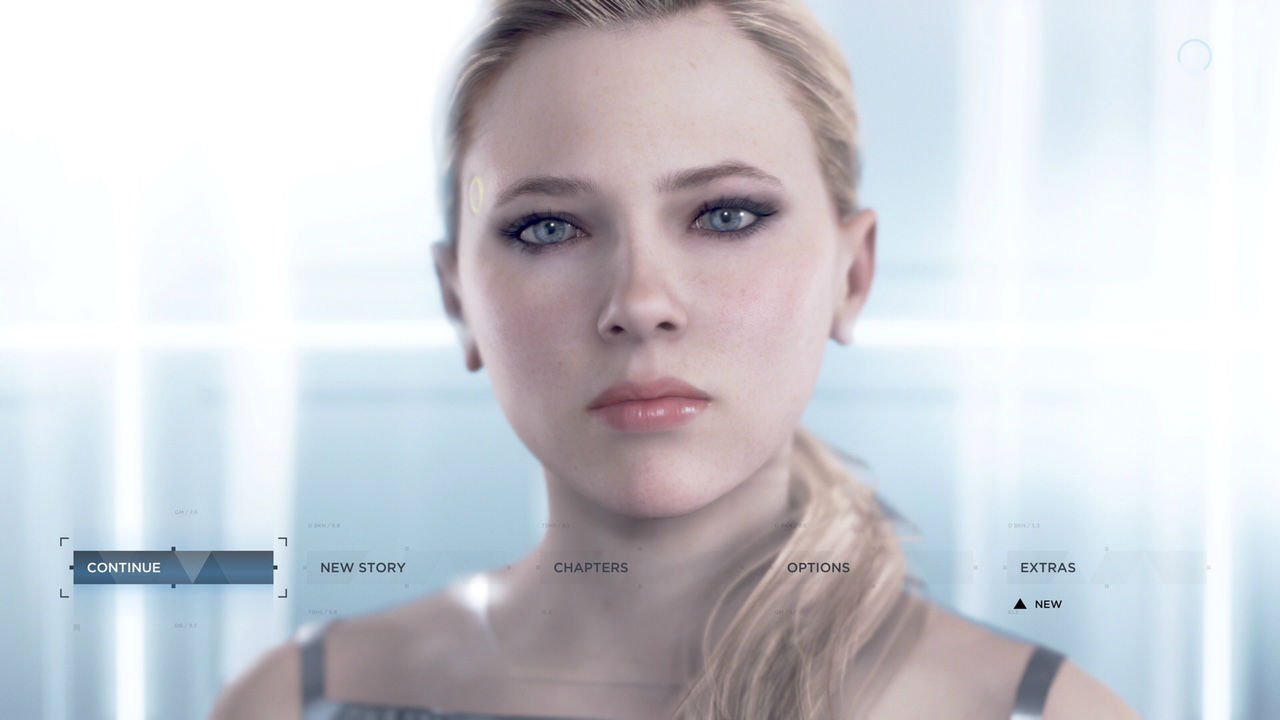 There’s a meta-narrative at play you could miss

There isn’t a lot I can say about Detroit: Become Human before it launches, but there is one thing that you’ll immediately see after booting up the game that’s worth talking about. Without spoiling anything, the main menu operates as a sort of meta-narrative, occasionally commenting on your choices as well as offering up questions of its own.

Most notably you can take a short survey pertaining to your own views on artificial lifeforms, which in turn showcases answer percentages from players. The game saves frequently so you can back out into this menu after every chapter if you felt like it, and the only downside is waiting roughly a minute or so for the next portion to reload.

If you plan on picking up Detroit this weekend remember to quit back to the main menu at least once!