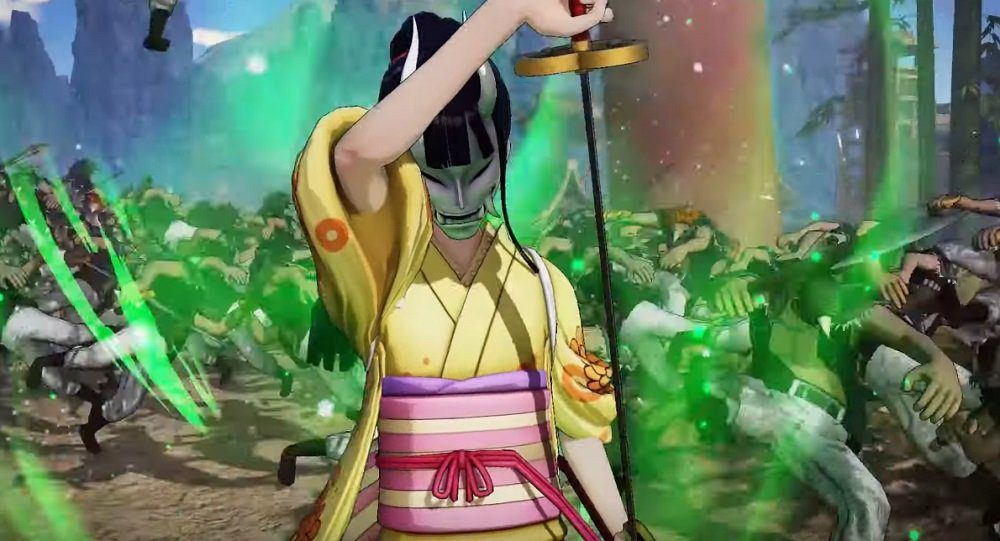 Bandai Namco has released gameplay for two forthcoming DLC characters in its anime RPG/brawler One Piece: Pirate Warriors 4. The videos give fans there first look at the two legendary samurais Kikunojo (Okiku) and Kin’emon.

The beautiful Kikunojo serves as a member of the deadly Nine Red Scabbards, the Kozuki Family’s loyal band of samurai protectors. Kikunojo of the Lingering Snow (or simply “Kiku”) may appear quieter and more demure than her Red Scabbard brethren, but has mastered her sword to absolute perfection, cutting down myriad opponents who have stood in her way.

As the leader of the Nine Red Scabbards, Kin’emon is a far brasher and louder opponent, who dominates his foes due to his incredible size, strength, and swordsmanship. Kin’emon has proven himself a loyal and proud samurai and, despite his rocky past, has lent his sword to the side of the right and just on numerous occasions.

Both Kikunojo and Kin’emon – along with third character Kozuki Oden – will be made available to purchase later this winter as part of Pirate Warriors 4’s Wano County Character Pass.