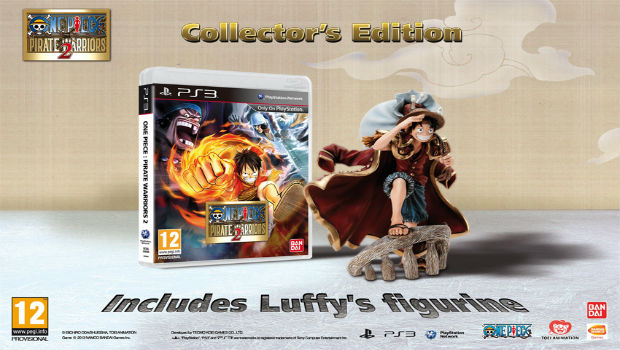 Plus, a brand new trailer!

Namco Bandai has revealed a new Collector’s Edition of Pirate Warriors 2, showing off the 14cm Luffy figurine, created by sculptor Keiji Iwakura. There’s also an exclusive pre-order “treat” that will be revealed at a later date.

But when Namco said that Pirate Warriors 2 would be getting a “Summer 2013” release, I hope you didn’t think that was early summer — as the game is now set for August.

In the meantime, you can watch the game’s newest trailer, where you’ll be able to see the Straw Hat Pirates battle an assortment of villains, ranging from the downright insane to the legitimately creepy.

What you see here is basically what you’re going to get overseas, since there’s no English vocal track planned in this digital only PS3 release.