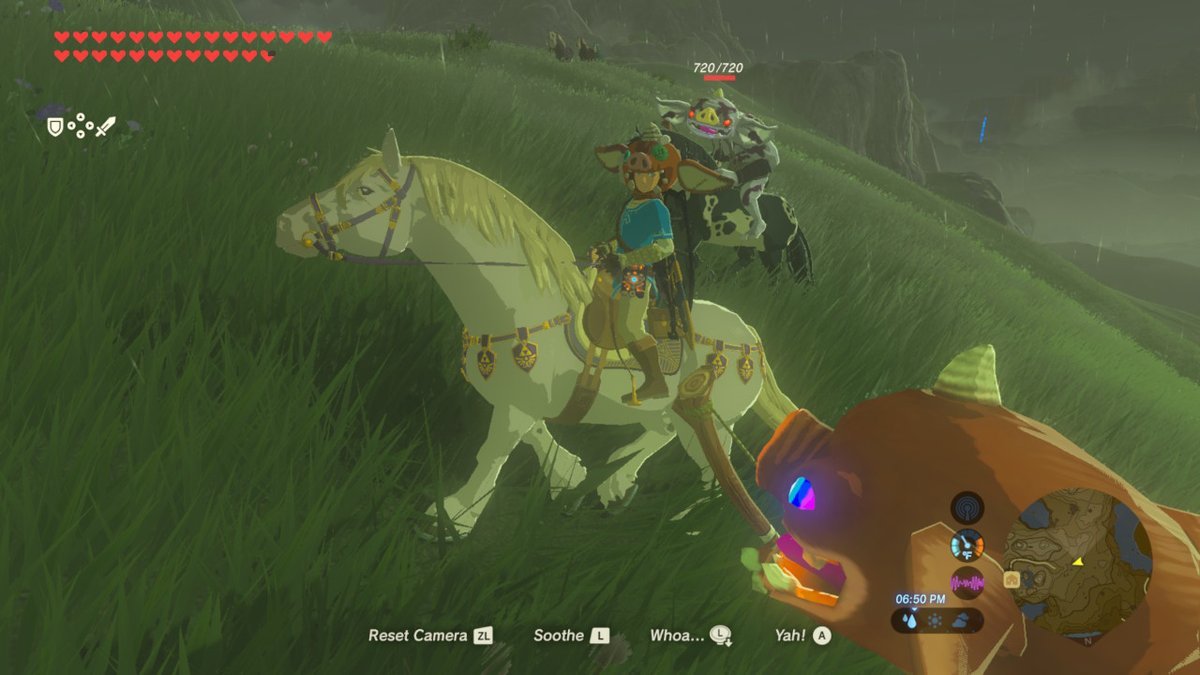 So as most RPG players know (especially MMO goers), enemies typically have a rubber banding range. After reaching a certain distance during a chase said foes will usually cease their pursuit and return to their default staging area. But in this case, player BOOXMOWO decided to try and break the rules of Zelda: Breath of the Wild and see how far they could take a creature.

Specifically, they took a Silver Bokoblin into Kakariko Village, at which point the enemy tried to constantly return home. That spurred their creative side, as they then went on a quest to see how far they could take it without it trying to head back. Utilizing the Bokoblin mask, they lured it away to the Kakariko Bridge, where it paced around and abandoned its homeland.

The entire journey is worth reading as it’s basically in picture book format, and even has a sad ending. As many people have mentioned, Breath of the Wild is so conducive to this level of storytelling that we’ll probably be seeing things like this for months.