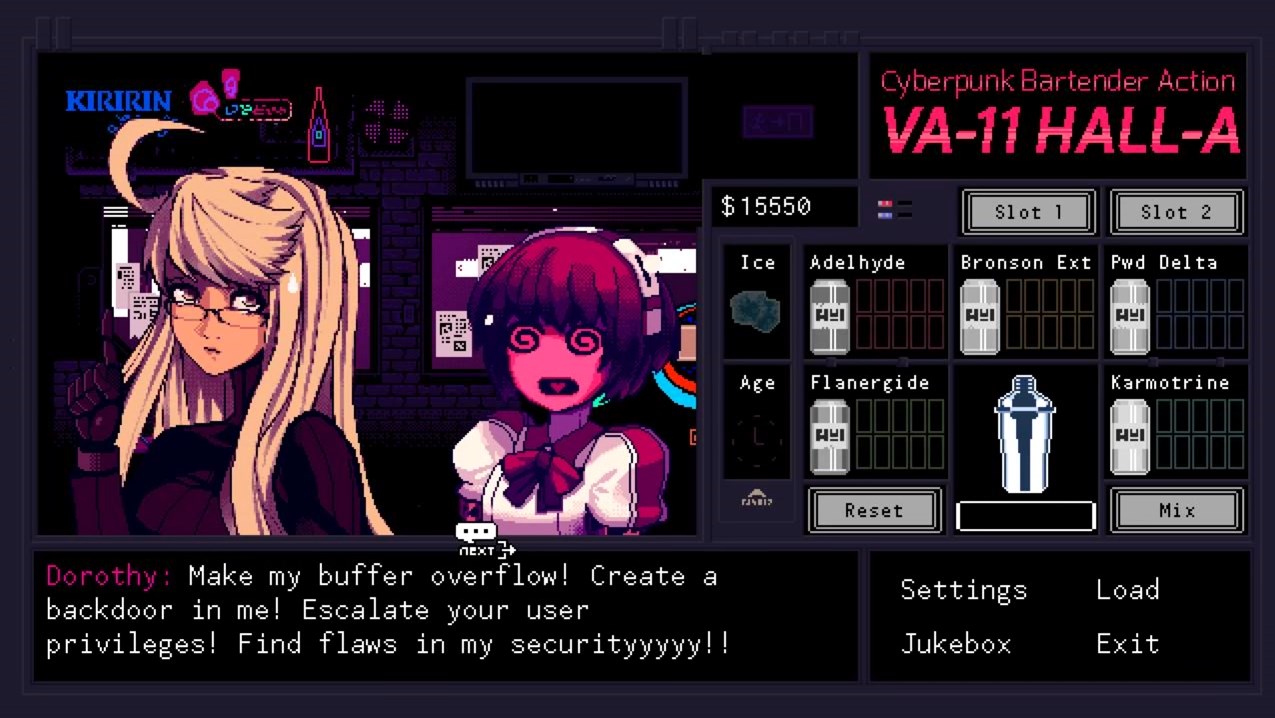 Black Screen Records has announced that it is teaming up with composer Michael Kelly to release the soundtrack to VA-11 HALL-A, hands down one of the best games to come out last year, on vinyl. The limited edition release, due out his summer, will be coming out on two records, one blue and one pink, and will include a tracklist curated by the composer.

That’s before we get into the extras. 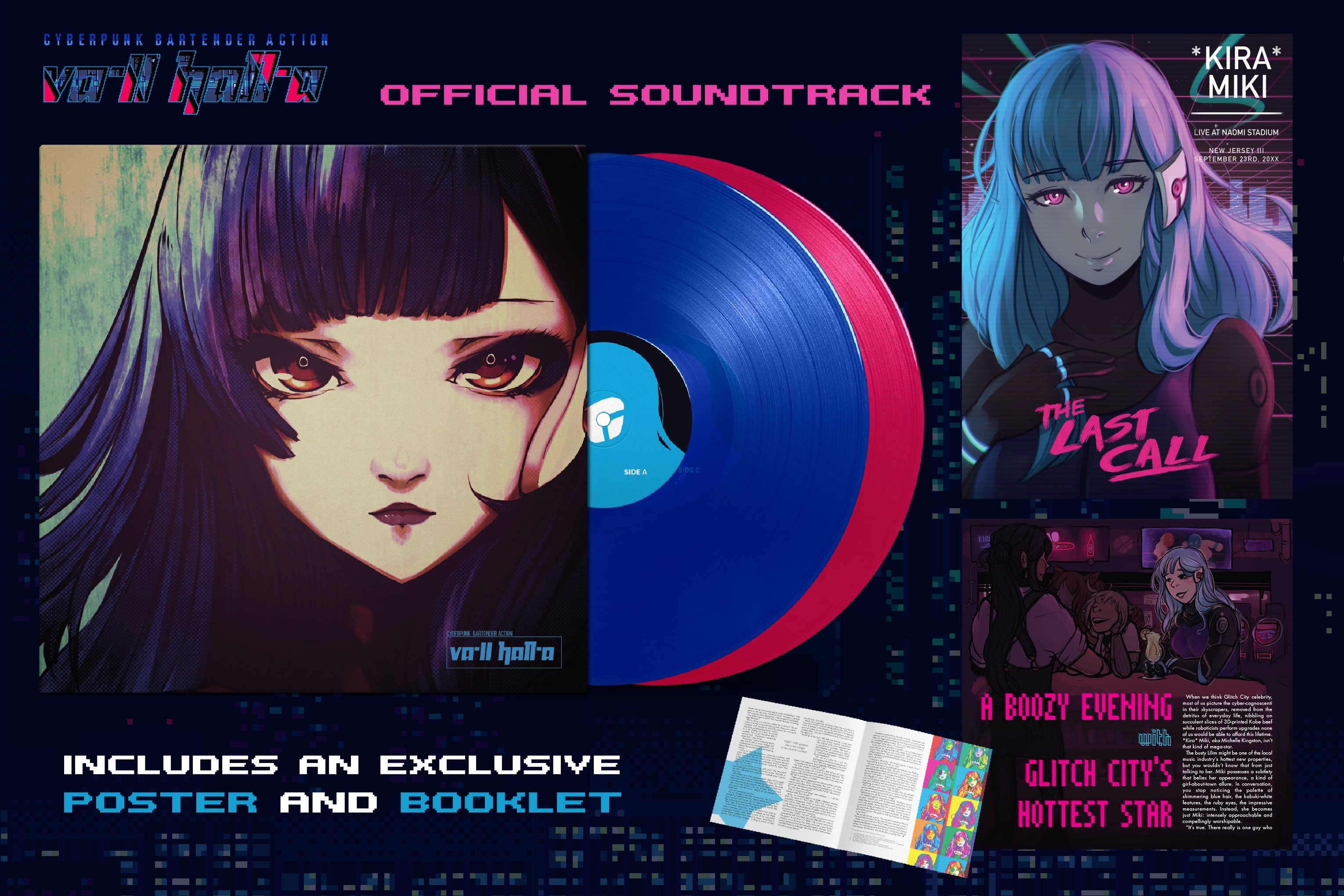 The limited release will also include an exclusive A2 poster of the character *Kira* Miki, a 12″ booklet with a fictional interview of the same character, as well as three download codes for Prologue, Second Round, and the soon-to-be-released Bonus Track Collection, which will feature songs of the in-game idol sung by Adriana Figueroa. Overall, it’s shaping up to be a must for diehard fans.

The vinyl collection is currently up for pre-order at Black Screen Records site, and can be found with the tracklist here. Orders will begin shipping out on September 15, however it will cost potential buyers a cool 32 Euros, or approximately $37.29 USD, without accounting for any potential shipping costs. It does appear to be worth it all things considered, as it also includes digital copies of the entire soundtrack for yourself and two friends.

I’m heavily tempted to get this myself, but I don’t have anything to play it on. At the same time though, the cover would be great for display purposes. Perhaps this will be my motivation to finally cave in and purchase something that does play vinyl.