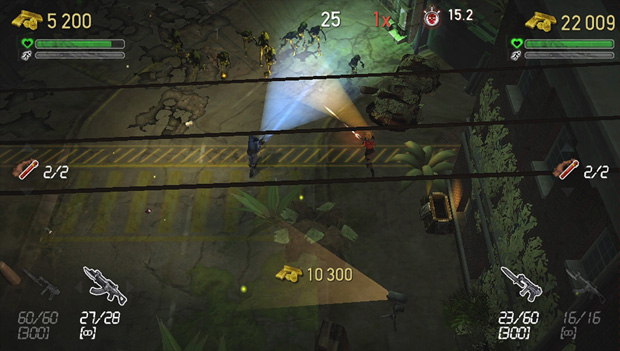 With Housemarque’s 2010 top-down zombie shooter Dead Nation releasing on PlayStation 4 last month, I had wondered about the status of the long-promised but little-talked-about PS Vita port. It’s still coming, we were assured. And it is, real soon: the game is out today!

If you own the original PlayStation 3 version of Dead Nation, this is going to be a free download thanks to Cross-Buy and the same goes for its Road of Devastation DLC. Otherwise, these are priced at $7.99 and $3.99, respectively. Like the PS4’s upgraded Apocalypse Edition before it, the PS Vita port of the title was handled by Climax Studios. It supports online and ad-hoc co-op play.

Know what else would be cool to see? Resogun on Vita. Gosh, I dig me some Resogun.