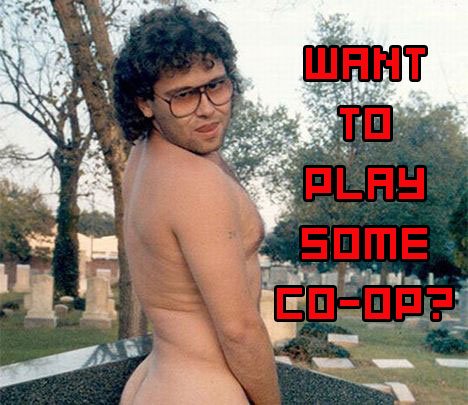 Per a recent Ipsos Reid poll conducted by Microsoft, it seems Canadian gamers have some, er, “special” habits when it comes to the way they like to play. The poll asked respondents to confirm whether or not they played games in a variety of situations, including at work, in the bathroom, in public or in the bedroom and last but not least, in the nude.

The poll was answered by just over a thousand people, with the most popular answer being that people play at work (30%), followed by in the bedroom (27%), in public (19%) and in the bathroom (7%). As for that bathroom figure, either Canadians are very different about their behavior in the john, or that’s an outright lie — I know tons of people who tote their DS Lites into the bathroom.

When it comes to gaming in the buff, one in five Canadian men (17%) admitted to having done so, while a smaller percentage of women admitted to the same (9%). I had to think it over, but I realized that while I’ve played games in various states of undress, I’ve never saddled up for a night of XBLA naked (I’m sorry to disappoint you). Have you ever played games nude? Come on, you can tell us.

[Via Digital Home — Thanks, Dustin]

Filed under... #Poll#Things gamers do