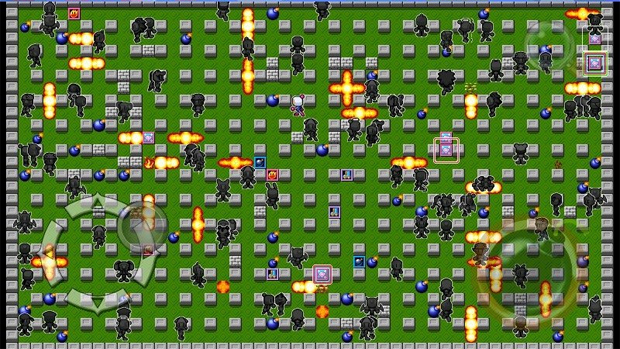 Well, put your britches back on. The free-to-play game (featuring microtransactional item purchases) really only has one person, as it’s a single-player game in which the player teams up with four CPU teammates against 95 more CPU opponents.

Maybe the game is good. Maybe having the CPU players to keep it a solo experience saves it from being like other Bomberman games which tried to break the dozen player barrier (Atomic Bomberman, I’m looking at you) where it’s simply too chaotic an affair for anybody but the final four players. I’d probably give it a shot. Still, the very thought of a genuinely massively multiplayer Bomberman got me so excited that reality, as usual, is a crushing disappointment.

One Hundred Person Bomberman Available on iOS and Android [Andriasang]