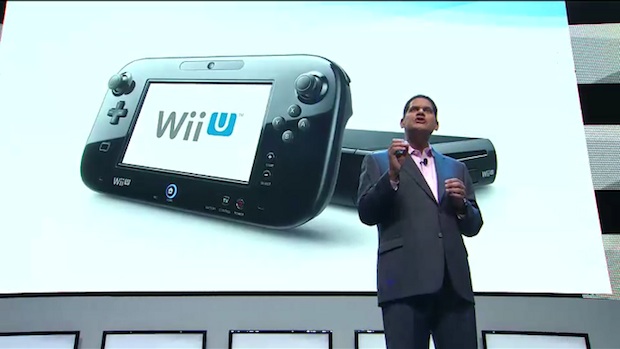 In a recent Mercury News interview with Nintendo boss Reggie Fils-Aime we learned that it doesn’t take much for the Wii U to be a profitable transaction. In fact, it only takes one game purchase.

Reggie was asked about how the Wii U being the first system to be sold at a loss would affect Nintendo’s business plan. Not by much, it seems.

“The business model doesn’t change dramatically, in that as soon as we get the consumer to buy one piece of software, then that entire transaction becomes profit positive,” said Fils-Aime.

“In the end, the business model is still to drive the install base of hardware, and then to drive a strong tie ratio with all of the other software and experiences for the consumer. And if we’re able to do that, then we will create significant profit for the company.”

If this is the case, then the 2.4-to-1 attach rate we heard about last week means that Nintendo should be sitting pretty this year.

In an earlier question, Fils-Aime makes clear that Nintendo has ramped up production to address the supply problems they had during the Wii launch. He says that they’re set to sell 5.5 million Wii U units this fiscal year.

Hit the jump for a fantastic GIF.