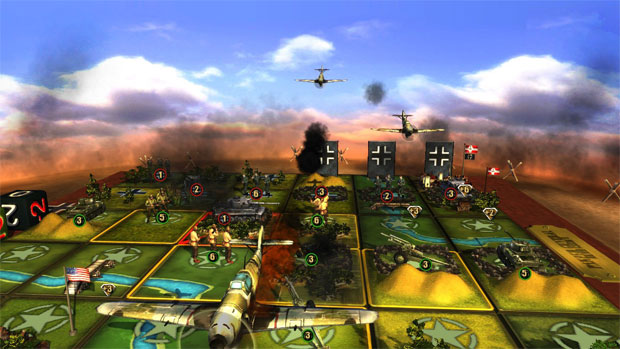 Since it seems like we gave Microsoft crap every single time a $15 Xbox LIVE Arcade game was put out — even if the game was worthy of that price — let me take this opportunity to say wow, there sure have been quite a few $10 releases as of late. Good show, gentlemen.

This week’s games are Panzer General: Allied Assault and Tower Bloxx Deluxe, and yup, both are going to run you 800 MS Points. The former is essentially a board/card game in the form of a turned-based strategy, while the latter, well, let me get back to you on that.

Alright. So, Tower Bloxx Deluxe was previously found on PC as well as mobile phones, and like so many others, it’s ended up on XBLA. Some commenters have spoken of its addictiveness before — perhaps it’s worth watching. The same could probably said for Allied Assault, I think.