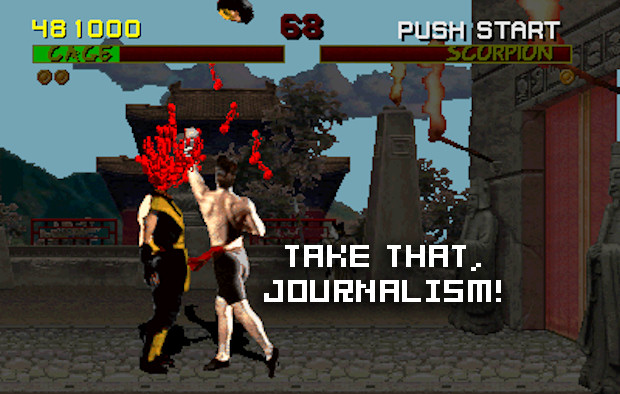 People love to criticize gaming blogs. They are an incredibly easy target, thanks to the fact that they are edited by people who are not “proper” journalists, there are so many of them, and there are a huge amount of sub-par, poorly written and badly formatted sites out there, ensuring that gaming communities and real “games journalists” will always look down their noses at blogs for being illegitimate stepsons of the “proper” games media.

One of the most common criticisms stems from what content videogame bloggers choose to write about. Crispy Gamer recently ran an excellent article breaking down and debunking the myth that games bloggers simply steal from each other and rely on regurgitating links, and I urge you to read that. However, I intend to tackle the actual subject matter of posts themselves.

Blogs are often criticized for their “irrelevant” content, for covering topics that don’t “need” to be covered, or aren’t “helpful” to the great and mystical common cause. I ask those who criticize blogs: Are we really doing it wrong, or are we merely providing variety? If a post isn’t needed, does that invalidate it? Read on as we discuss the relevance of blogs, and whether being irrelevant is a bad thing. 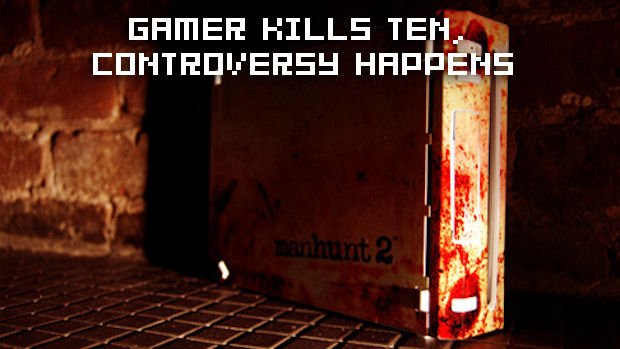 Some of my favorite stories to tackle are the videogame violence articles. You all know the drill by now: somebody does something stupid, somebody gets hurt, somebody implicates videogames, somebody tells the blogosphere, and then everybody hears about it. I am personally amused and/or astounded by some of the stories that come in — mostly due to the fascination I have with human idiocy — and they tend to be very popular articles to boot.

However, I am apparently very wrong to enjoy writing and reading about these stories. Develop magazine recently criticized blogs for writing about these subjects, and the hilarious Web site Eegra.com regularly mocks bloggers for the stories they choose, videogame violence being among them.

One of the main arguments here is that we bloggers serve only to perpetuate the “games cause violence” mentality already held by many anti-videogame lobbyists out there. This particular argument hinges upon the idea that blogs are influential enough to help sway the minds of those who don’t even like videogames, something I find hard to believe. Yes, we do bring publicity to videogame violence stories, but our primary audience is made up of people who already believe that games are harmless, and that while they may be a catalyst in certain violent situations, there is always something more complex and disturbed going on than simply “games did it.”

It is very much a “no harm, no foul” situation when it comes to these particular articles. While we shine a light on these stories, it’s for a small and specialized readership that come to games blogs because they actually like games blogs. We are certainly not helping videogames with these stories, this I concede. However, we really aren’t hurting anything, either, so is there really a problem?

I will grant you, however, that there are times when blogs go a bit too far. One rule I have is that I won’t cover a “games cause violence” story unless the violence directly involved videogames, or the mainstream media have already implicated games in a slapdash and dishonest way, deserving an editorial scathing for their bullshit. However, sometimes blogs go out of their way to essentially do FOX News’ job for it, making their own weak videogame connections so that the mainstream press doesn’t have to.

GamePolitics is guilty of this on a number of occasions. I love GamePolitics and have a personal respect for Dennis McCauley, as evidenced by the number of times I read and link to his site. However, a few of his stories I won’t touch because I feel he has written a story using the same logic as a FOX reporter. One example is GP’s “16-Year Old GTA IV Gamer Charged with Grisly S&M Murder of NYC Newsman” article. The story is that an emotionally disturbed individual responded to a dirty sex ad and killed a man. GP, however, does what a sensationalist news channel would do and focuses squarely on the unrelated and minor fact that he liked videogames. The original news post that he sources only briefly lists games among the killer’s hobbies — it does not blame games, nor have games been implicated in any way. GP made that implication, and helped perpetuate it, without any input from other media.

I can certainly understand that sort of criticism. I don’t think we gamers need to make our own contrived links to videogames when there are mainstream outlets already doing that, and it’s much more fun to bash FOX News when it squirts out a piece of poorly researched, intellectually dishonest “news” on the subject. I can’t help feeling that blogs act no better if they connect their own dots in this way. Again, nuff respekt to GP, but stories like that certainly lend credence to those who bash blog coverage of such subjects. 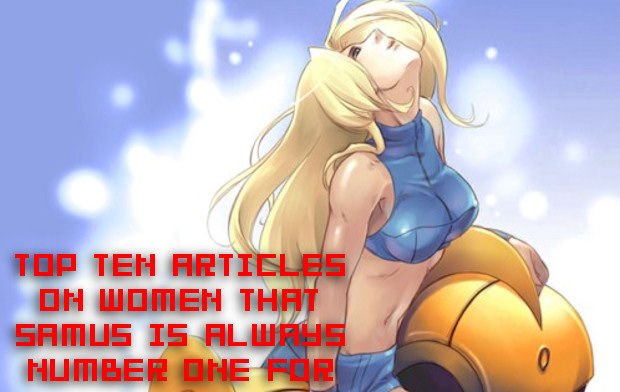 The art of the “top ten list” is another gripe that many among the “better than blogs” sect have. I have had several conversations over the years with games writers on this subject, the most recent being over dinner with a couple of freelance press types in Dakota Ballard and Mitchell Dyer, where I also had a very fun and refreshing time defending the role of blogs in the presence of proper journos. The general consensus among all the people I’ve debated with is, of course, that top ten lists are bad, easy and rather lazy.

However, again, I must disagree that top ten lists are inherently wrong. GamesRadar is famous for its top ten lists, but there naturally has to be a reason why these guys are still in business. There also has to be a reason why top ten columns regularly get into Digg … or least got into Digg before that site became a farce and was no longer simply about people liking articles.

I grant you that it’s easier to write a list column than it is to write a longer, deeper piece of intellectual gaming analysis, but just because something is easier to do, that doesn’t invalidate it as a piece of entertainment. The role of the blogs is to entertain, after all, and if something works for that purpose, why should we not do it?

Once again, I concede that there is a good way of writing a top ten column, and a bad way. A list column doesn’t have to be unoriginal and uninventive to succeed, and there are good examples of original list columns that do something different, some of which can be found here on Destructoid. There are loads of articles about “top ten platformers” and “top ten hottest videogame women.” These are, indeed, unoriginal, and contribute to the belief that top ten columns are rubbish. A lot of them are. However, a well-written list article with an original point of view and a fresh spin on the formula deserves credit, and I think simply tarring all list columns with the same brush is just as lazy as “top ten biggest tits in gaming,” and those that feel they are above a good list column often strike me as being rather pretentious and aloof. 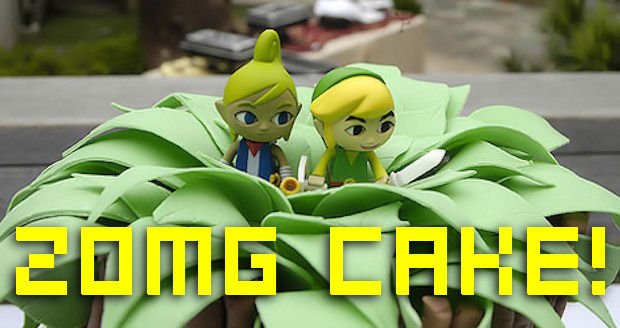 Finally, we have the idea that certain videogame articles are more “important” than others, and that those who write about “silly” subjects are not doing their job. One example is where I wrote a story about Achievements vs. Trophies and got bashed by a number of commenters for writing about a “silly” subject, which was apparently wrong. Penny Arcade has also given blogs the thumbs-down for choosing some of the more offbeat and admittedly ridiculous stories out there.

Let me first counter the idea of “relevant” news stories by saying that we are all writing about videogames here. Nothing that we write, even the most thoughtful and mind-blowing piece of literature, is really very relevant. Videogames are not an important subject in the grand scheme of human events. They are important to us, but I feel that all videogame “journalism” is inherently silly, and it’s a silliness we should embrace and celebrate. I find the idea of assigning levels of importance and validity to videogame blog posts to be an absolutely absurd practice, not to mention comical.

That isn’t to say we can’t have intelligent and serious discourse. There is room for that, just like there’s room for “Man plays Mario theme on a banana.” However, neither of these types of article are “needed” by the human race, so it strikes me as humorous when someone says a certain article did not “need” to be written or is “unnecessary,” when none of what we do will ever be needed.

I feel a bit like a stuck record by this point, but once again I use the “Argumentum Ad Populum” angle and say that these silly, unnecessary articles are popular with blog readers — at least, those who recognize that there is room for silliness in their reading, and don’t get all haughty when someone writes about a stupid subject. While it’s considered bad form to justify something with “people like it,” I feel there can be no greater justification when your very job is to make people like what you do. Bloggers are in the business of providing their readers with something fun to read, and to attract more readers with said fun. If people find videogame violence stories, list columns and “Pac-Man gene discovered” articles fun, then we as bloggers simply aren’t doing our jobs properly if we suddenly decide we are above these articles. We are doing our readers a disservice.

Ultimately, blogs are being regularly criticized for doing what any form of written media should have as its number one goal — they are merely writing for their audience. Really, are blogs wrong to write with their own readers in mind? Of course not.

Blogs will always be kicked around by certain gaming communities and “real” games press. They are free to have their opinions. However, blogs are obviously doing something right, and will be around for a while. Like it or not, they have become a big part of videogame coverage, and while they aren’t always relatively “important” in the subjects they tackle, while they do “easy” top ten lists, and while they cover stories that don’t “help” the perception of games in the mainstream media, they do what any form of gaming media should be doing, perhaps better than any magazine or big-time Web site.