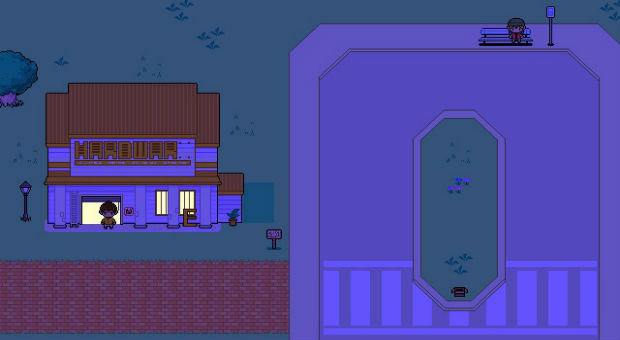 Omocat is a stellar artist and kindred spirit, and she’s responsible for some excellent art and a particularly badass jacket that I want to wear. She’s also hard at work creating a beautifully surreal game known as Omori via Kickstarter that’s already hit its funding goal, but you should probably go ahead and toss some money the project’s way anyway. For science.

Omori channels the best of worlds like Space Funeral and EarthBound with its bizarre imagery and whimsical narrative, and it looks like it’s right up my alley. That game I like is going to come back in style. Perhaps the biggest reason I feel so drawn to Omori is its altered “traditional” RPG concepts, where the battle system contains states “based off real human emotions and conditions.” If done correctly, that could be so, so good. I ache for it to work out, because alternative ideas like this really tickle my fancy.

Omori is illustrated by Omocat, with a soundtrack from Slime Girls and Space Boyfriend. Don’t know about you, but it looks like something I need. Give it a look and let me know if you’re ravenously interested as well.