Have you heard of a little game called Stories: The Path of Destinies? It was a fun indie title that took an unusual concept and ran with it to its fullest degree. The basic gist is the game has branching paths, but it requires you to actually branch and replay areas with knowledge gained from your failures. It worked in a kind of Groundhog Day way to create this charmingly unique game that was well worth 100%ing.

Maybe due to me forgetting why I booked this appointment or burning out from running around PAX, I honestly didn’t remember Omensight is a spiritual follow-up to Stories. I even said to Malik Boukhira, the co-founder of Spearhead Games, “This is a lot like an indie game that came out a few years ago,” to which he responded, “Yeah. We made that game.” Oops.

My stupidity aside, Omensight shares a lot in common with its predecessor, but it seems to be going for a completely different style. While there is a mystery at the center of Omensight’s story, the concept this time isn’t just branching paths to gain gameplay knowledge. Your whole task is, as “The Harbinger,” to solve the murder of a powerful deity that is able to prevent the end of the world. Since she is dead, the end of your paths will result in the world collapsing and you resetting until you gather enough information to figure out who killed her. 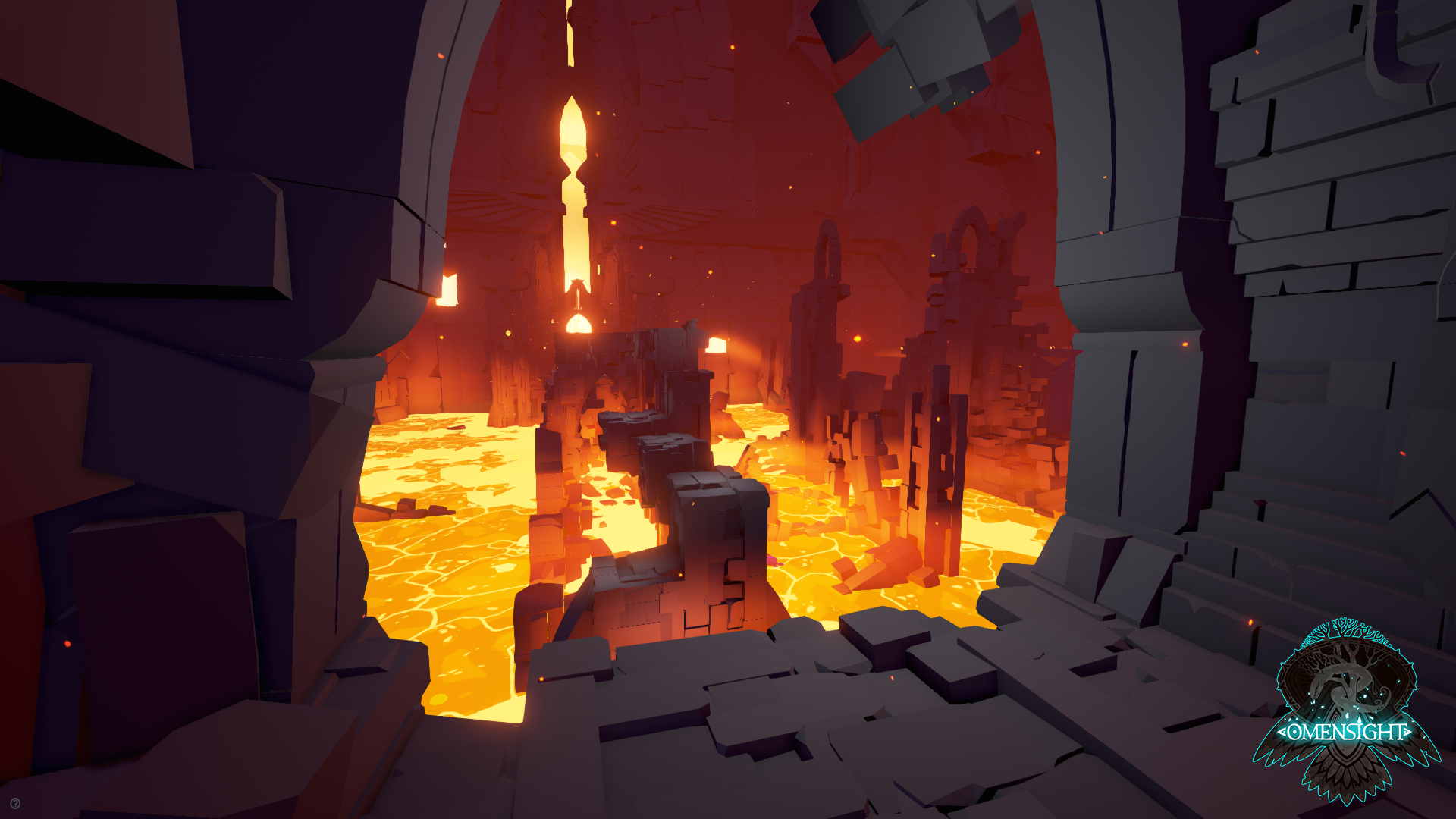 The basic gameplay in Omensight could be summed up as an action brawler. Just like Stories, this plays very similar to Arkham Asylum or even Assassin’s Creed with how you string together moves to defeat foes. It won’t set the world on fire, but it is fun enough. The big change with Omensight is your different paths will see you ally with different characters, each with unique abilities that modify combat.

The lady from the demo, Ratika, is a rodent with the power to manipulate time. She granted me the ability to speed myself up or slow down time around me, but your other companions will offer unique attributes based on their backgrounds. This means the moment to moment gameplay won’t be literally the same when repeating paths like in Stories.

Another big change comes from how boss fights are handled. While I didn’t get a full understanding of the context of my actions, through the power of the “Omensight” — some mystical ability your main character possesses — you can share the knowledge you’ve gathered with NPCs. Since the boss I was fighting had supposedly killed someone Ratika knew, I offered to share my visions with him and he backed down. This pissed Ratika off, but then the boss teamed up with me to escape the area. 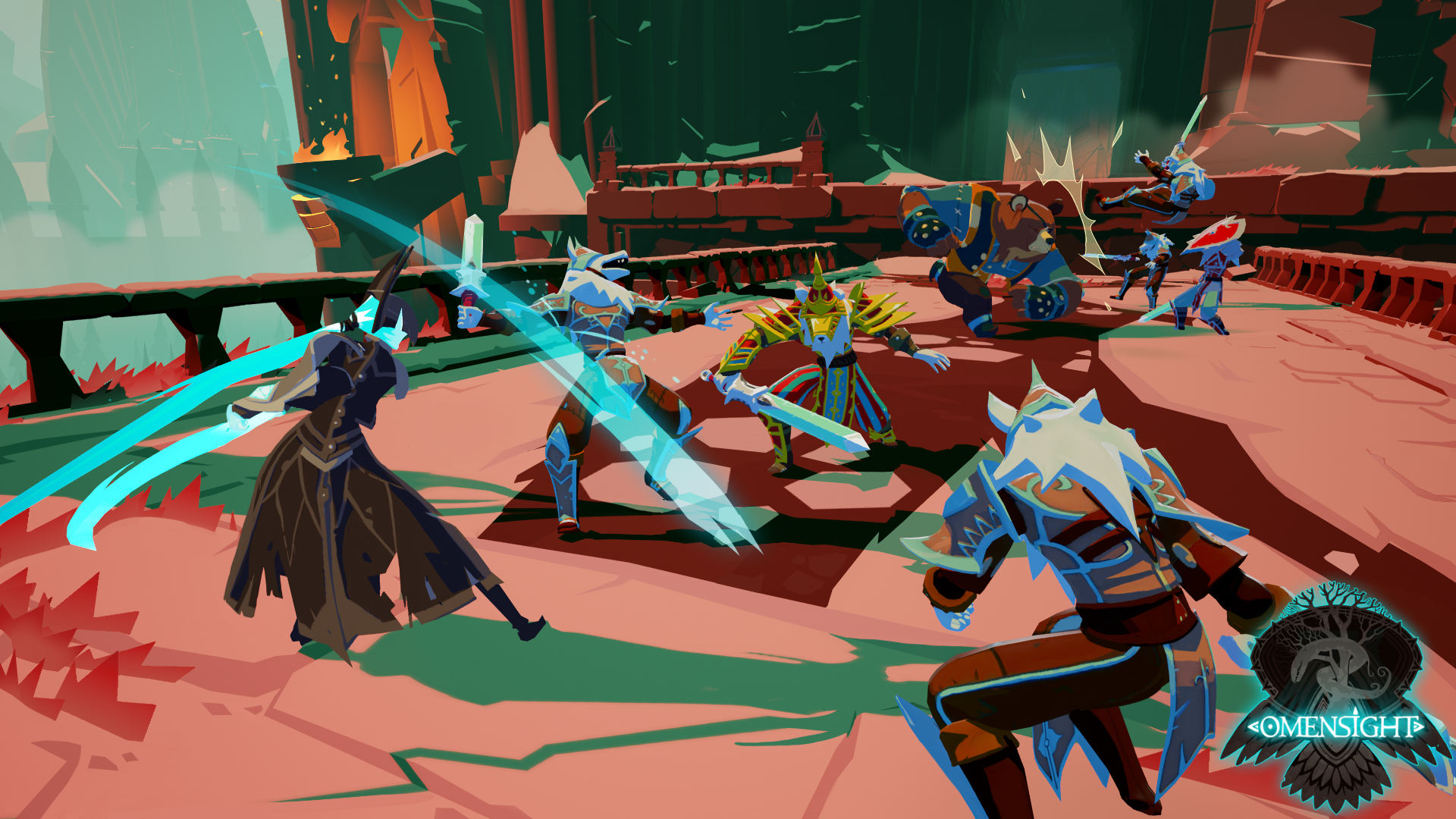 These decisions are where the branching paths will come in. The choices will have a direct effect on character relationships and even gameplay, which is a super neat concept. While Stories was pretty good in its execution of this, I feel like Omensight is going to knock it out of the park. This is a much more ambitious title and even the general story sounds far more involved.

Even the graphical style looks better than Stories. While the game still runs on Unreal 4, Omensight is more stylized and better optimized than the previous game. I brought up optimization to Boukhira because there was one segment in Stories on PS4 that ran like trash. He knew exactly which one it was and explained why that happened (since Epic hadn’t yet made a game on Unreal 4, updates to the engine were sparse and indie devs kind of suffered). That, naturally, led to me asking what platforms Omensight would end up on. For the time being, this will be the same as Stories and is scheduled for launch on PS4 and PC (via Steam).

Even if all Spearhead Games had was a trailer, I think I’d be on board with Omensight. Just the idea of a branching narrative that actually makes those branching paths mean something is enough to get me intrigued. That it is also a follow-up to a surprise hidden gem I found just means I’ll need to keep a close eye out for it.