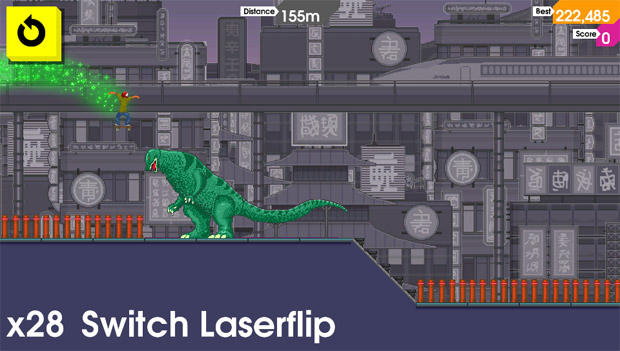 I quite liked what I played of OlliOlli at E3. There’s been a noticeable lack of skateboarding games and, although this obviously isn’t on the same level as big-budget simulations like Skate, it’s got a lot of heart and the familiar yet hard-to-master mechanics translate nicely to 2D.

If you’ve been digitally skateboarding for years, it won’t take long at all to get into this. Improving your skills to actually reach the end of levels, on the hand… In a score-centric game like this, the real challenge can be knowing when to go all out and knowing when to show restraint.

OlliOlli will release for PlayStation Vita later this year. In addition to the teaser trailer above, Roll7 has kindly sent over a batch of new screenshots. (Is that a Fork Parker cameo I see?)