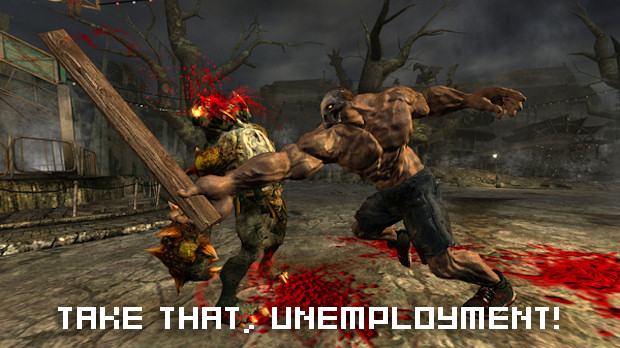 Many of you will remember the rather nasty separation of developer Bottlerocket and Namco Bandai’s Splatterhouse game. Bottlerocket was working diligently on the retro revival before Namco suddenly pulled the rug out from under them and gave the project to its in-house Afro Samurai team. Well, apparently most of the Bottlerocket devs are back to working on the game. Seems they weren’t doing such a bad job after all.

Apparently, Namco Bandai has “quietly” opened a new office in San Diego and has recruited between ten and twenty designers, artists, programmers, producers and others from Bottlerocket to keep working on Splatterhouse. It’s being suggested that Namco Bandai’s problem wasn’t with the developers, but with the studio’s management. This cements the idea that Namco had no issue with the Splatterhouse team itself.