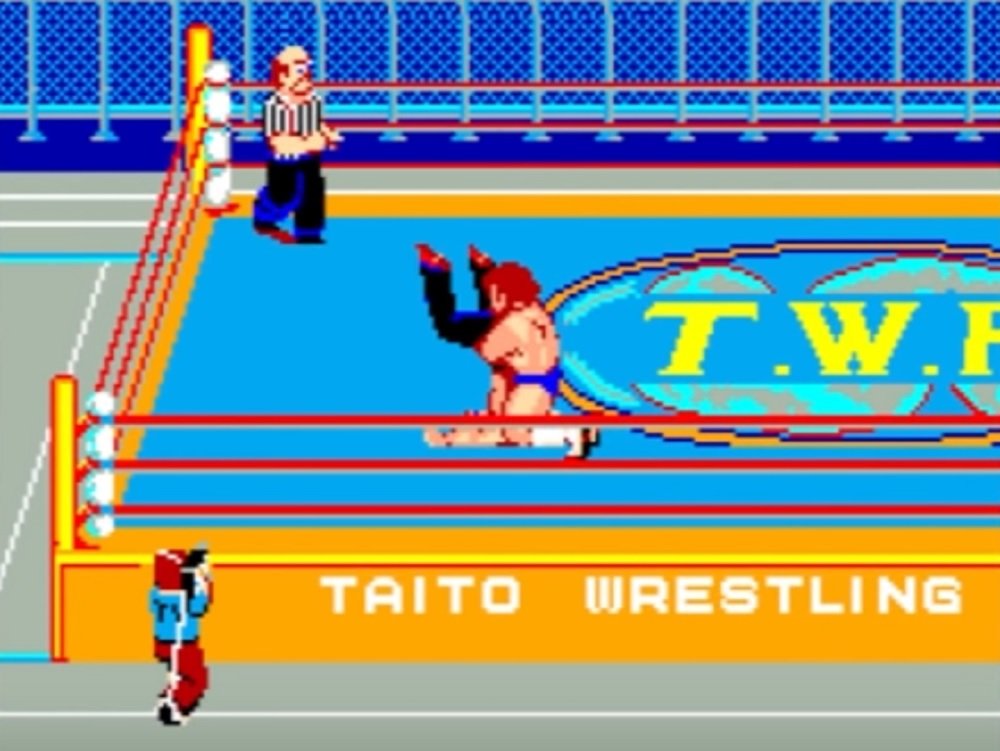 Another week, another retro release from the folk at Hamster Corporation. For this entry, you’ll need to don your best spandex and prepare your finest promo, as the Arcade Archive range adds one of gaming’s earliest pro-wrestling titles, Mat Mania.

Released in 1985 by Technos Japan, Mat Mania, (also known as Exciting Hour), is a simplistic one-on-one wrestling game, which sees “You” go up against a small roster of opponents in efforts to become world champion. While fairly rudimentary in its gameplay, Mat Mania has a fun and colourful design, emphasising its “TV show” aesthetic with an audience, camera crew, VS. screens and even a hyped commentator between bouts.

Technos would take lessons from Mat Mania and go on to produce two excellent follow-ups in WWF Superstars and the legendary WWF Wrestlefest. I’m not sure whether Mat Mania is worth eight of your dollars in 2019, but for pro-wrestling enthusiasts it’s a neat curio of the genre’s early days.

Mat Mania is available to download now on PS4 and Nintendo Switch, priced at around $8.