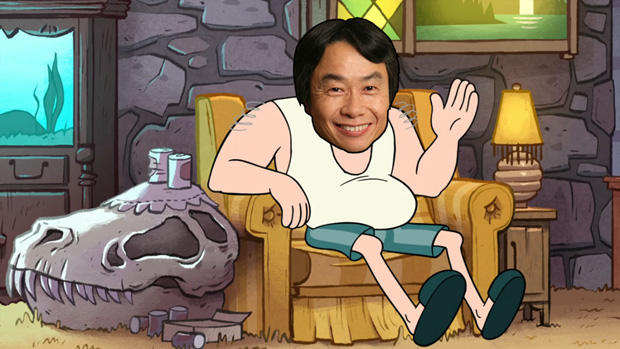 And he doesn’t look a a day over 50! How does he manage to stay so young?

There are many notable game developers who have influenced the course of the industry, but arguably none are more well-known and beloved than Shigeru Miyamoto. Even though he doesn’t have as much direct input on Nintendo’s current software output as he used to, preferring instead to take an overseer position, his face is so synonymous with the company that we can’t imagine a world without him.

Thank you for being born, you wonderful little Asian man!

Shigeru Miyamoto accepts the 2012 Prince of Asturias Award in Spain