Android owners in the United States, great news: Fieldrunners HD will be free the first day it launches on the Amazon Appstore. Wait, what? Wasn’t it supposed to be available yesterday for 99 cents on the Android market?

Developer Subatomic’s original plans for the game were to release it on the Android Market, free of charge for the first day of release. When it realized that Google’s terms made it such that they couldn’t release a free app and later charge the full price of $2.99, plans changed — it would be 99 cents for the first day.

But hoping to stick to its word of “free for the first day,” the developer negotiated with Amazon a two week period of exclusivity. Although the date of release has yet to be determined, that first day it’s available it will be absolutely free. But it seems Subatomic, for all of its good intentions, can’t really win. Amazon’s Appstore is only available in the United States, leaving folks outside of the country out of the deal. Furthermore, they’ll have to wait two weeks for the game to appear (as a paid app) on the Android Marketplace. 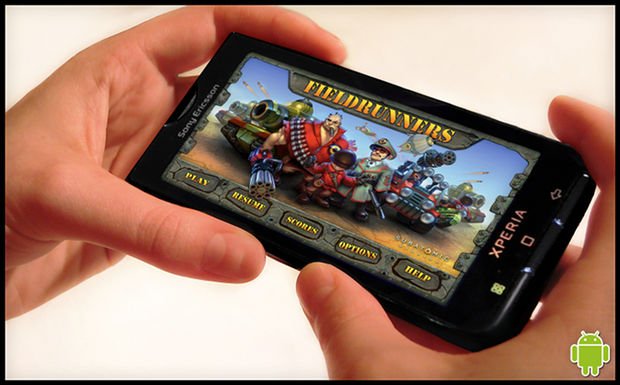 Yikes. What a mess. It’s clear that Subatomic isn’t trying to be malicious in this situation. It seems it was backed into a corner trying to make right on a promise it made to its fans, and found what it felt was the perfect partner with Amazon. While that solution doesn’t work for everyone and many fans are becoming angry on the company’s official site, Subatomic is still trying to make right.

“Hey guys, we hear you,” writes Subatomic’s Alec Shobin of the complaints. “We’re pulling strings to cut the exclusive period and release in non-US regions ASAP. Don’t fret, we don’t sell out. We want you to be happy and enjoy Fieldrunners HD, and we’ll do whatever it takes to make that happen. Seriously.”

I was a bit bummed I couldn’t play the game yesterday, free or not, but it’s not the end of the world. I can wait a few weeks, if that’s what it takes. To those flipping out, take a deep breath: Fieldrunners is good, but like most every videogame, it’s not worth throwing a tantrum over.