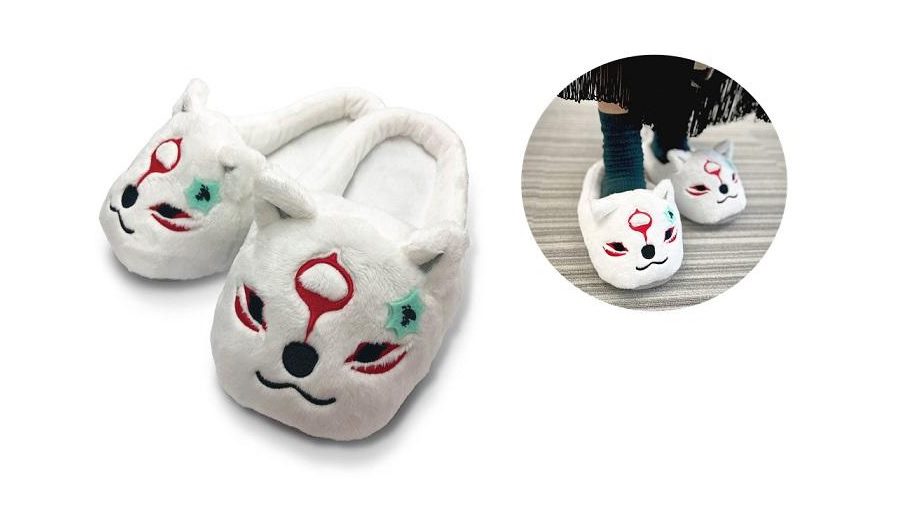 (Not really, get them for yourself)

The nights are drawing in and the great indoors is becoming just as chilly as the great outdoors. I’ve already found myself rocking more layers, even when secured in the comfort of my own bedroom. Still, even though there’s no sun, that doesn’t mean you can’t feel the soft and warming rays of video gaming’s favorite sun goddess.

The slippers are part of a small range of new merchandise revealed by Capcom to celebrate the fantastic 2006 adventure. As if we needed a reason. Alongside fineries such as card holders, pen cases, and other items, the slippers are to be made available in Japanese Capcom stores from November 11 (11/11), which is traditionally known in the region as “Doggy Day,” due to the number one’s similarities to the word “Doggy.” Thanks to Siliconera’s Stephanie Liu for the explanation.

Unfortunately, these cozy kipper warmers do not appear to be headed west anytime soon, so die-hard Okami fans will have to go the import route for their own pair of slippers for now. It’s a shame, as they do look really cute and incredibly comfortable — if a little chonky. We’ll just have to keep our eyes on the Capcom online store and hope that the publisher sees fit to release this line of merch internationally. I tell you now, once I slip these comfy pups on my feets, I’ll be wearing them everywhere — at home, to the store, in court — everywhere.