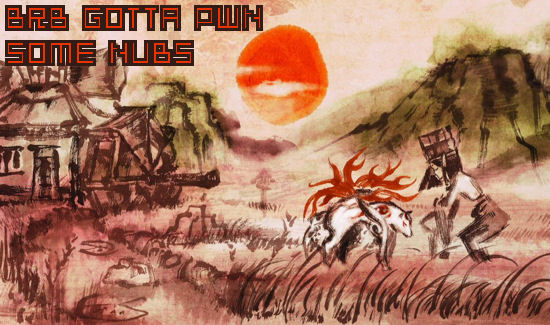 Everybody knows that the Internet is serious business, and nobody knows that better than Capcom, it seems. After the news broke about Okami heading to the Wii, many fans were ecstatic, but a fair number were far more cynical in their appraisal of the situation, crying laziness and yet more uninspired Wii ports. Is Capcom going to just let such people talk trash? Apparently not.

Capcom’s senior director of strategic planning and research, Christian Svensson, decided to take on the critics at Capcom’s official forums, defending the company’s decision to develop an Okami remake on the Wii in a good old fashioned Internet rebuttal:

“We selected Ready at Dawn to do the port. These guys are all ex-Naughty Dog and ex-Blizzard. If we wanted a cheap and dirty port, I could have turned around and picked any one of 50 houses and gotten it done for less and perhaps more quickly. Clearly, that wasn’t the approach we sought for a variety of reasons (for the fans, for the reputation of our company, for the potential of the product, etc.). Given that the only port we’ve done to date was RE4, which has a 90+ gamerankings score and provided AMAZING value for the platform, has this really been Capcom’s modus operendi such that this allegation should be leveled at us?”

Svensson goes on to applaud such Wii efforts as Zak & Wiki, before adding that no additions to the Wii Okami have been announced because nobody’s at a stage to make such announcements yet. He then defends the lack of extra content by saying: ““We’ve got no current plans to make a 40-60 hour game 50-70 hours.”

Was Svensson right to take on the angry fans, or should he have hung back? Furthermore, do you feel he pwned some n00bs or epic failed? Either way, Internet wars are awesome, so let’s all kick back and enjoy a nice toasty flame session.