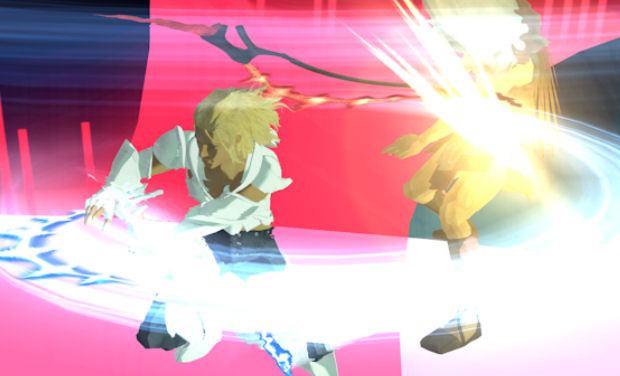 Sawaki Takeyasu, character artist for Okami and Devil May Cry, is taking to the director’s chair for El Shaddai: Ascension of the Metatron, a sweet looking action game inspired by The Old Testament’s Book of Enoch.

The game is said to blend elements of horror and humor as well as biblical adventure as a young man finds himself in the middle of a war between Heaven and the fallen angels. It’s also got a really cool visual style that seems to take its cues from elements of Killer7 and Persona.

The game was announced by publisher Ignition last month but nobody noticed because nobody cared. Now that some names have been dropped and we’ve been given a real glimpse into this rather awesome idea, heads should hopefully turn. I’ve definitely added this to my list of things to watch.