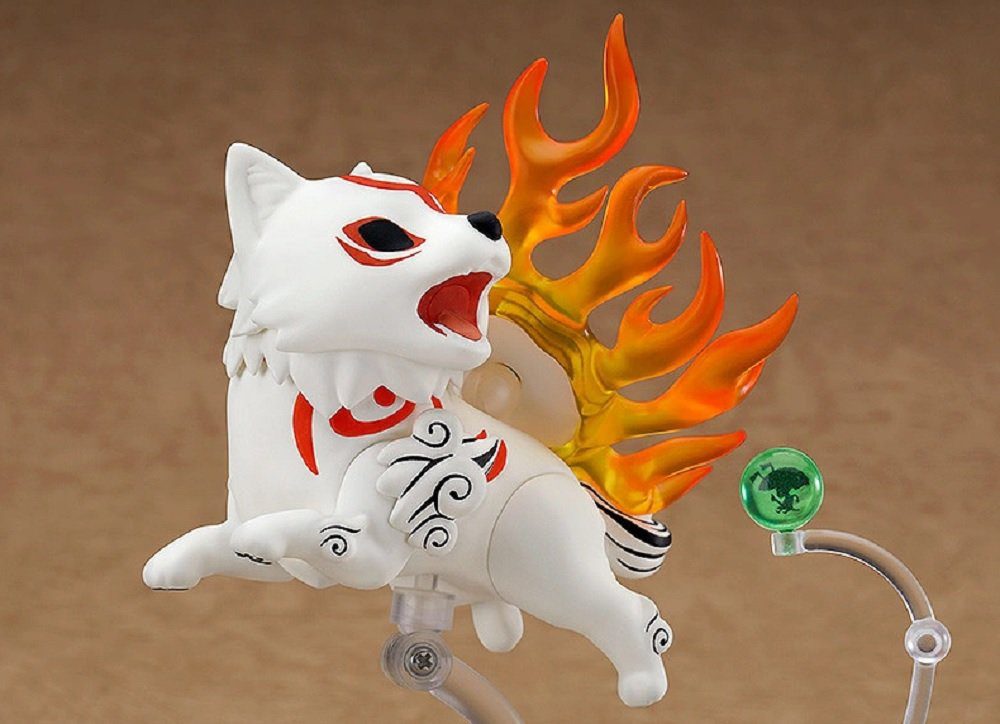 It’s been a double dose of cuteness from Good Smile Co. this week. First we were introduced to the darling Sakura Wars Sakura Amamiya Nendoroid, and now we can squeeee with delight at this super-cute Nendo of Sun Goddess Amaterasu, star of Capcom’s legendary 2006 adventure title Okami.

One of the most beloved protagonists in video game history, Amaterasu is available to purchase in two forms. A standard edition includes the charming white wolf, along with an alternate head, her guardian/guide Issun, and a Reflector Divine Revolution attack effect. This version will retail for ¥5,000, or roughly $46 USD.

Amaterasu is also available in a special “DX” format. Perhaps one of the most intricate Nendoroids in the series, Amaterasu DX includes the accessories from the standard edition, but also includes an alternate set of legs, alternate weapons Glaive Tsumugari and Devout Beads Rosary, and, amusingly, the Oddly Shaped Turnip. This edition will retail for ¥7,000, or roughly $65 USD.

Both editions are available to pre-order now on the Good Smile Co. website, ahead of a November 2020 release date. Pre-orders will close on August 6.

Okami HD is available now on PS4, PC, Xbox One, and Nintendo Switch.