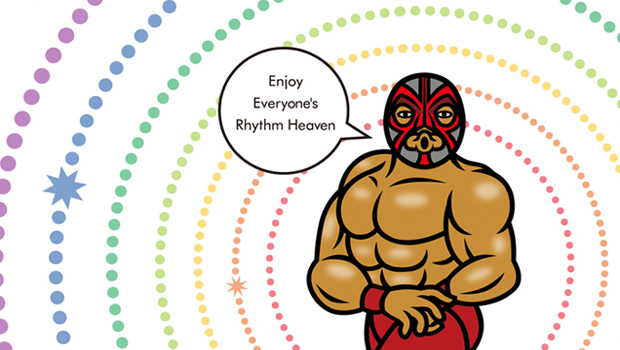 Since receiving my import copy of Rhythm Heaven Wii last week, a day hasn’t gone by by when I haven’t gushed about how awesome its monkeys are (usually to a relatively disinterested non-gamer friend), sang one of its songs at the top of my lungs (like You’re my I Love You from Japanese girl group The Possible heard in the video above, and here in the game), or spent an inordinate amount of time analyzing one of the game’s tricky rhythms. The game may not take +40 hours to complete, but I’ve already spent +40 hours thinking about how awesome it is. That’s how you know you got your money’s worth.

It looks like I’ll have even more opportunities to think about Rhythm Heaven Wii when I’m not playing it. A 4 disc CD soundtrack for the game is set for release on August 24th for 4,800 yen (only 1,000 less than the game itself). There are over 150 songs here, including some “perfect” and extended tracks. The previous Rhythm Heaven soundtracks released in Japan sold out fast, so if you want this sucker, you better snatch it up quick.