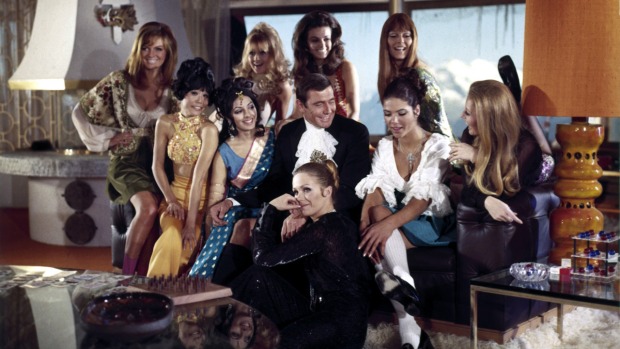 I’m pretty sure they could play the Bond theme over a video of a peanut butter and banana sandwich and I’d get excited so playing it over a new trailer for 007 Legends is basically giving me conniptions.

This trailer, which shows more of the On Her Majesty’s Secret Service level, actually confirms a bunch of stuff about the game we weren’t too sure about. We hadn’t seen Daniel Craig’s likeness yet, but it appears he’ll be tackling all these classic films and not a variety of Bonds. Makes sense since their linking all the movies together into one story. It also looks like they didn’t get Telly Savalis’s likeness for Blofeld instead opting for Donald Pleasence’s take on the character from You Only Live Twice. Might give us a hint as to what one of the other films is, but sadly also gives us a lesser Blofeld.

Also confirmed is the fact that this just isn’t going to be the prettiest game out there. Eurocom is clearly using the same engine they used for GoldenEye: Reloaded, which was simply an upscaled Wii engine. This, of course, didn’t make Reloaded a bad game at all, and I doubt it will make 007 Legends bad either as Eurocom has a knack for making fun shooters. Still, would have been nice to see all these classic films looking as good as they could have.