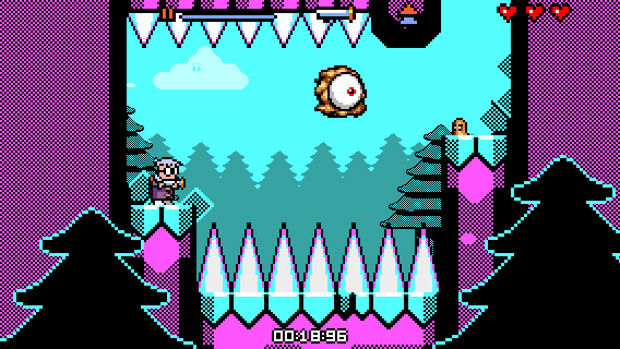 Max and his water pistol like to get around

Scandalous joking aside, Renegade Kid’s Mutant Mudds has indeed been popping up everywhere. There’s the 3DS original, the PC update, yesterday’s confirmation of a Wii U “deluxe” edition, and now news of a port for iOS devices.

Unlike the Wii U version, which will have even newer content, the iOS build will only contain the levels and features we’ve previously seen. That means you’ll get all 60 levels — the standard 40 plus the 20 Grannie stages — but at a very reasonable price of $0.99. Unfortunately, there’s neither stereoscopic 3D nor the PC version’s depth-of-field effect, but those are minor tradeoffs.

Mutant Mudds will be available on iPhone, iPad, and iPod touch when it drops on December 6.