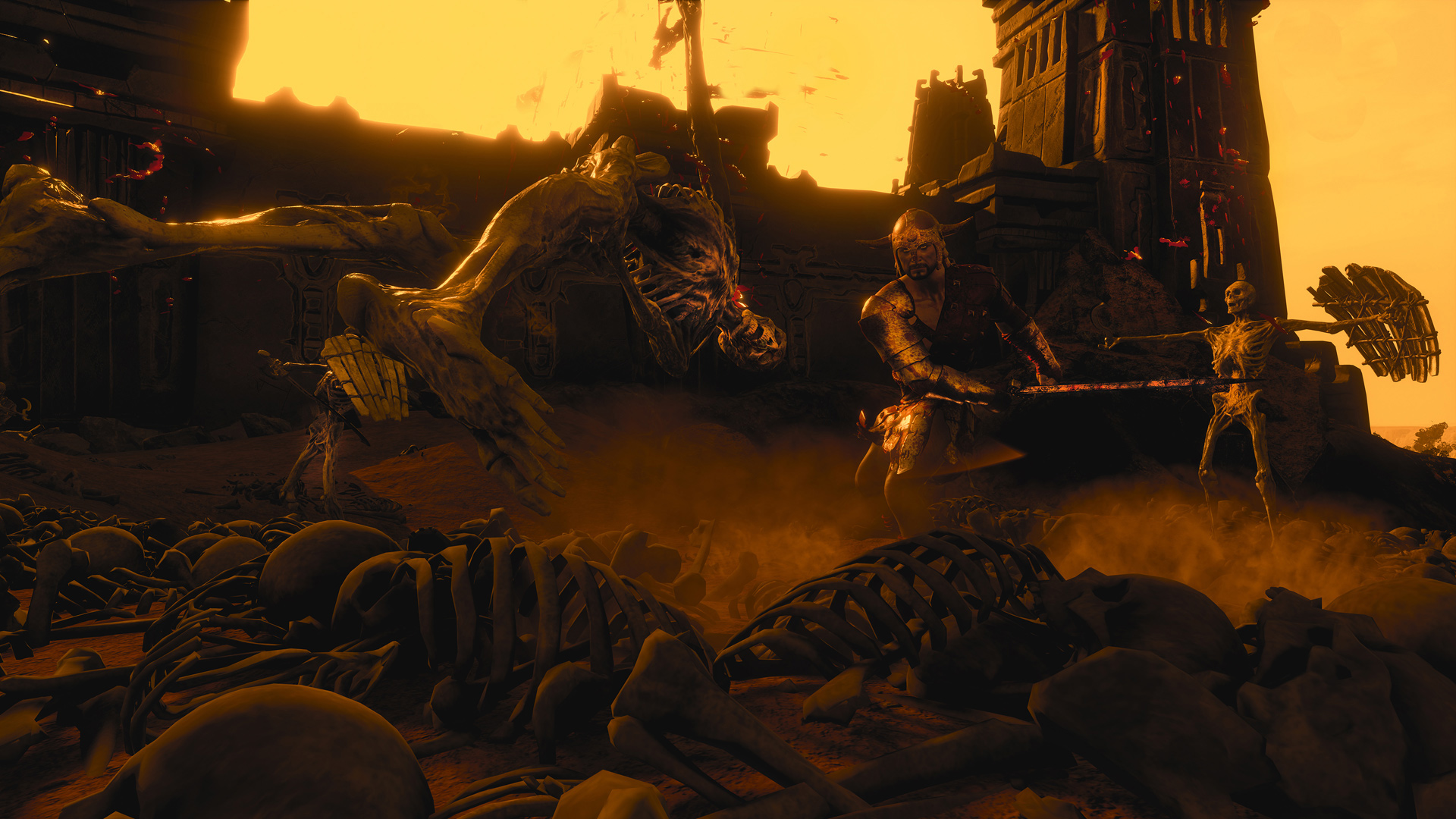 Lord knows I do not need another Rust-lookin’ open-world survival game, much less one debuting on Steam Early Access, but Conan Exiles has me considering exactly that.

Funcom has a bunch of new screenshots today, some of which will look very familiar. The typical start-with-nothing, craft-your-way-to-the-top premise is what it is, and I’m not especially looking forward to that progression loop, but I like the sound of these snippets from the game’s overview:

“Enslave the bandits of the exiled lands to do your bidding by breaking them on the grueling Wheel of Pain. Sacrifice the beating hearts of your enemies on the blood-soiled altars of your god to seize true power and glory. Summon the colossal avatar of your god and see them lay waste to your enemies and their homes.” At least on paper, this ruthless world should be a good fit for the genre.

Conan Exiles is launching in January 2017 on Early Access. If you’d prefer not to take your chances against unpredictable randoms, there will be private servers and the option to play in local single-player.