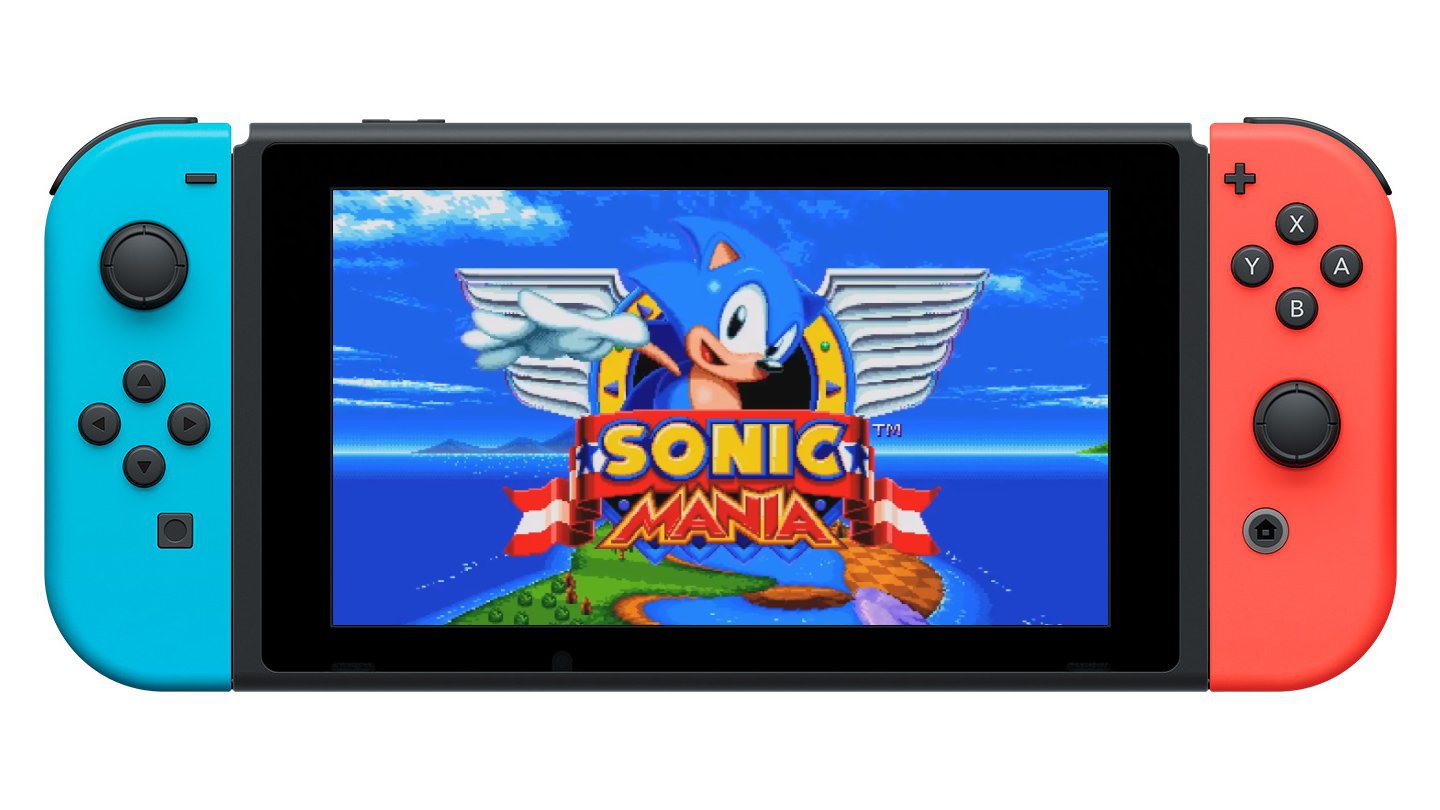 Right now, you’d be forgiven for mistaking Destructoid as a Nintendo-centric news outlet. Considering how much Switch-related info has just been revealed — and with even more to come — I’m sure that almost every games media outlet currently in operation will be absolutely inundated with stories pertaining to Nintendo’s upcoming console.

Well, here’s yet another Switch-related announcement.

Sega has now confirmed via a recent trailer that Sonic Mania, the upcoming retro-inspired 2D Sonic game by Christian Whitehead — who previously worked on the (excellent) mobile ports of many of the classic titles in the series — and in collaboration with Headcannon and PagodaWest Games, will be releasing on the Nintendo Switch.

The actual trailer itself is almost the same as the one that was initially revealed in July last year, with the key difference being that it now contains Nintendo Switch-related branding on the list of compatible platforms at the end of the video. Oh, and it was uploaded to Nintendo’s YouTube channel. That last part is probably a pretty good giveaway about the game’s compatibility with the platform.

Much like the PS4, Xbox One and PC releases of Sonic Mania, the Switch port of the game is currently scheduled for a release sometime during the Spring of 2017.

According to a Tweet by Christian Whitehead himself, the port of Sonic Mania will be handled by the Melbourne-based company Tantalus Media; the same studio behind the Wii U port of The Legend of Zelda: Twilight Princess. In November last year, the studio had confirmed that it was working on projects for the Switch.

Shout out to fellow Melbourne devs @Tantalus_Games who are helping us out with the Switch version of Sonic Mania!

It should probably also be mentioned that Amazon is currently allowing customers to pre-order the Collector’s Edition of the game for Nintendo’s new console platform, too. I can only assume that it’ll then be readily available on eBay the moment it inevitably sells out on Amazon’s storefront.

To be fair, this news doesn’t come as much of a surprise. After all, ‘Project Sonic 2017‘ — which is more than likely a codename for a currently-untitled game — was confirmed for release on the Switch way back when people were still referring to the console as the Nintendo NX. It wouldn’t have made all that much sense if the probably-less-visually-demanding Sonic Mania didn’t also make its way on to Nintendo’s new console.

I mean, the title ‘Project Sonic 2017′ seems to be just a codename. Then again, both Tecmo Koei and Nintendo once claimed that the name ‘Hyrule Warriors’ wasn’t a finalised title, either. Just look how that one turned out.