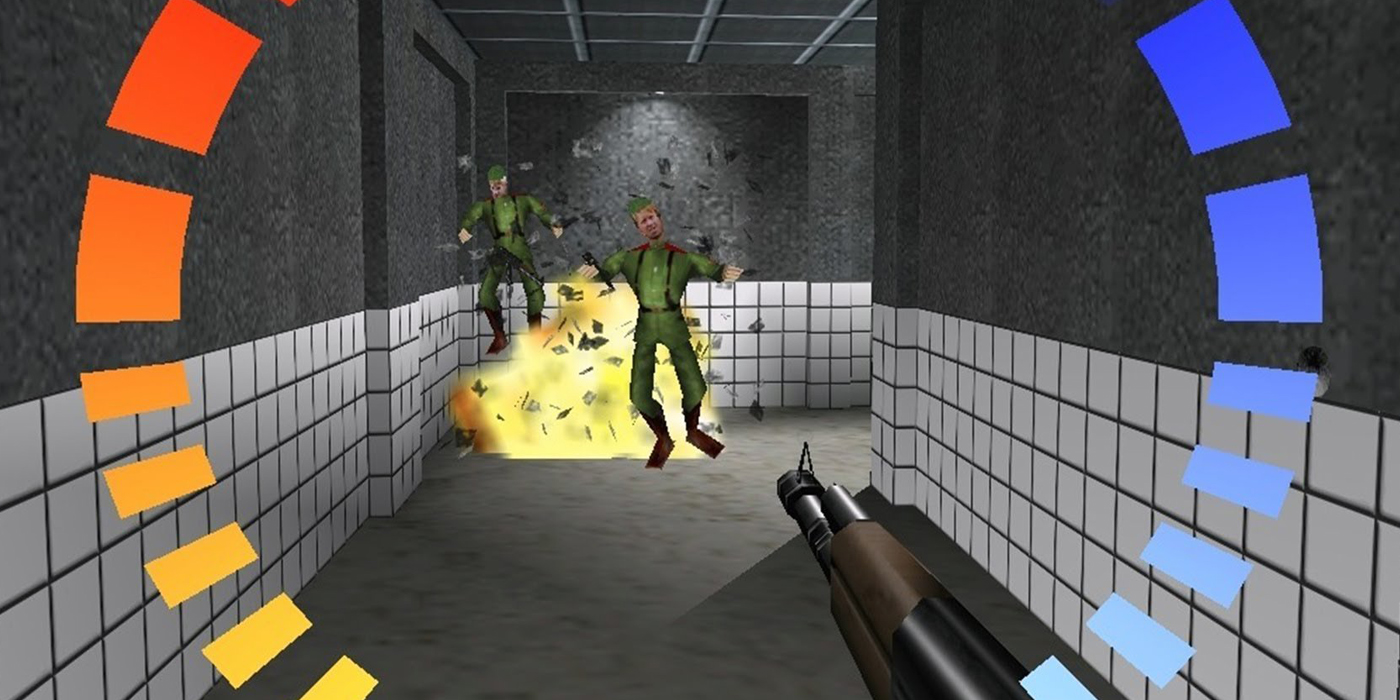 Developer David Doak takes us on a stroll through memory lane

My “slappers” was always “proximity mines only,” but you get the idea. GoldenEye was an institution for a lot of people back in the ’90s, and years before Halo, helped usher in the idea of FPS games on consoles. It was also almost on-rails, which would have resulted in a completely different cultural impact.

As GoldenEye developer David Doak reminds us, GoldenEye 007 was originally conceived as an on-rails shooter as a loving homage to the Virtua Cop series. This information was uncovered back in 2012 during a GoldenEye postmortem at GDC by Martin Hollis, but that revelation always immediately scoots to the back of my mind.

As Doak recalls this week, that early demo footage that’s been cycling back around was how the game was originally programmed: “player movement was automatic and followed a scripted spline path. The original design was that the game would be more like Virtua Cop / Time Crisis.”

By way of a Twitter conversation Doak manages to dig deeper after a fan shows him very early 1995 SpaceWorld footage, explaining, “I think that this Archives footage predates the Silo. I wasn’t involved at this stage but it looks like the camera path might even just be someone (Martin Hollis?) manually ‘flying’ the camera.”

A lot of GoldenEye‘s developers have moved on to other studios or out of the industry entirely, but every few years or so someone will reminisce and we’ll get a little more insight into our past. I for one enjoy these small little light bulbs that pop up every so often in the room of this iconic game.