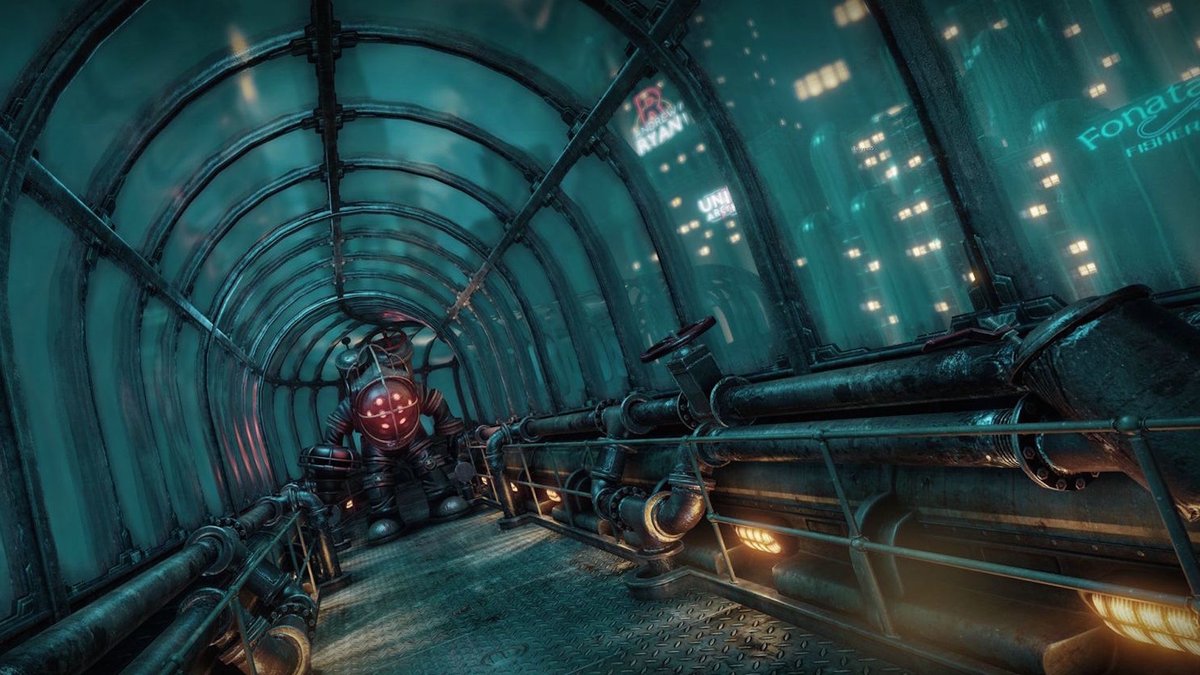 Welcome to Rapture (and Columbia)

The BioShock series has been out of the spotlight for a few years now, but it’s set for an imminent encore and it’s going to perform a medley. That is to say, BioShock: The Collection comes out in just a few weeks, a bundle that remasters all three games so that they run at 1080p and 60 frames per second on all platforms.

Leading up to the September 13 release, publisher 2K Games has released extended gameplay videos of each of the titles. We saw comparison shots a couple of weeks ago; this is just an unfiltered look at each game’s starting sequence.

Sure, it’s neat seeing a title from 2007 with a makeover, but it’s also a good reminder that these games had some damn fine introduction sequences. BioShock‘s plane crash and fiery swim. Infinite‘s ascent above the clouds. Even BioShock 2‘s establishing shots that show, hey, you’re a Big Daddy now (even if this isn’t actually part of the videos these videos). It’s a decent little trip down memory lane, which is exactly what everyone involved with this collection hopes for.