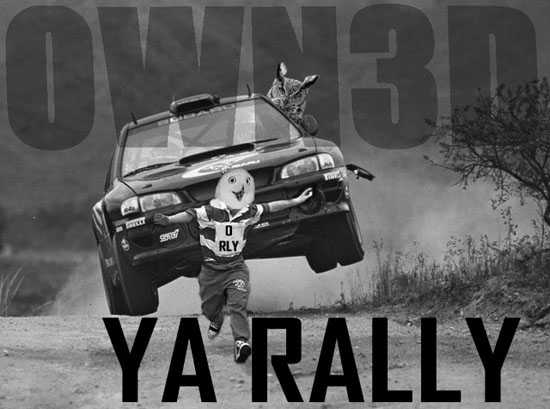 We’ve been doing our best to keep an eye on SEGA Rally, though it tends to want to fly under the radar for some reason. Plus, this is the perfect excuse to use the above picture!

TeamXbox has posted some new SEGA Rally screenshots showing off newly unveiled cars, including the Mitsubishi Concept-X, the McRae Enduro, the RUF Rt 12 and a customised HUMMER H3.

The Mitsubishi Concept-X and McRae Enduro (sounds like a funny McDonalds menu item) are both concept cars making their video game debut in SEGA Rally, and SEGA Racing Studio’s Lead Car Artist Keith Burden even became involved in the design process of the McRae Enduro.

The HUMMER H3 shown in the pictures is exclusive to SEGA Rally as Lead Car Artist Keith Burden has modified it, with special permission from GM. The rear doors have been removed and the ride height has been dropped, and other modifications like rally wheels and tires were added. Too bad he can’t improve gas mileage.

SEGA Rally is set to bring vehicular mudslinging to PS3, Xbox 360, PC, and PSP this Fall. Ya Rally.