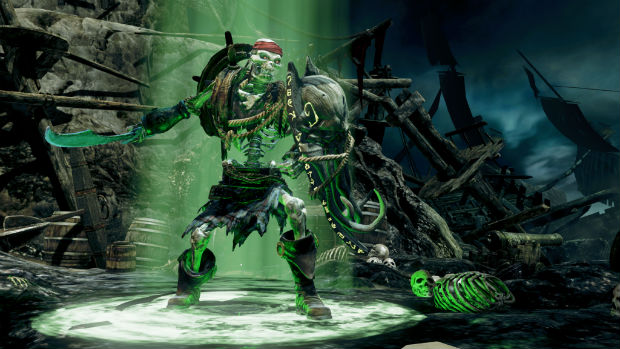 I still enjoy this game

Killer Instinct is still played weekly in my house, especially with the Mad Catz Xbox One stick. The problem is it needs more characters sooner than later, and it looks like Spinal is almost done. Play XBLA has posted three new shots of the upcoming skeletal gladiator, with the notice that he’s coming “soon.”

While I’m a general fan of all the designs in the core game, I’m not sure that I’m feeling the new Spinal. I like how they tried to add more details to him with the ropes around his chest, but the shield is a bit much. Of course all that matters is how he plays, so expect some impressions whenever he drops.