We just got a taste of GTA V‘s map, now we can feast our eyes on Dead Rising 3‘s world thanks to an interview by the Financial Post. If you take a close look at the map below you’ll see the first game in the upper left, and the second game in the left-hand corner — both maps evidently can fit “several times over” in Dead Rising 3. Also, there appears to be one Psycho boss for each of the seven deadly sins, which has the potential to be really cool.

While a lot of people have noted that the graphical leap to the next generation doesn’t look all that stunning, it’s things like support for larger open worlds/farther draw-distances and more on-screen zombies that make me excited to see what the Xbox One and PS4 can do. There are a lot of other cool bits in the interview, like the six month development time to figure out how to eliminate load times. 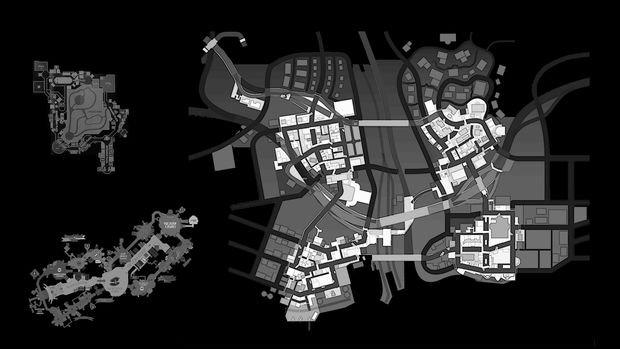