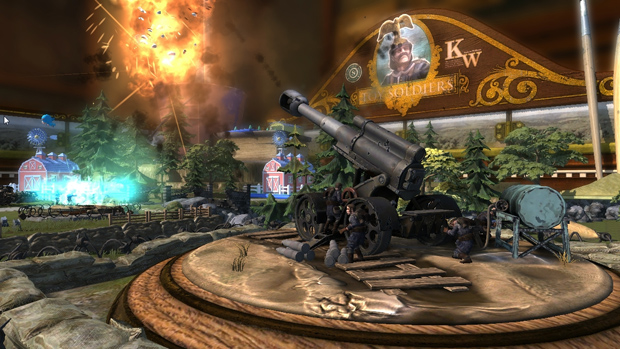 Signal Studios’ Toy Soldiers games — particularly the second, which let you run around and blow up tanks as a Rambo-esque action figure — were loads of fun. Think tower defense, but with living toys, and you can take active control of individual units. Glad to hear there’s more on the way.

For the next game, Toy Soldiers: War Chest, the studio is going in exactly the direction I had hoped it would by introducing an army of unicorns, laser-shooting teddy bears, and pixies called Star Power. There will be three other armies in total, one of which is the returning German Empire.

The team is also promising more turrets, upgrades, and barrages; expanded multiplayer and co-op; and new game modes. This is coming to PS4, PC, and Xbox One early next year.