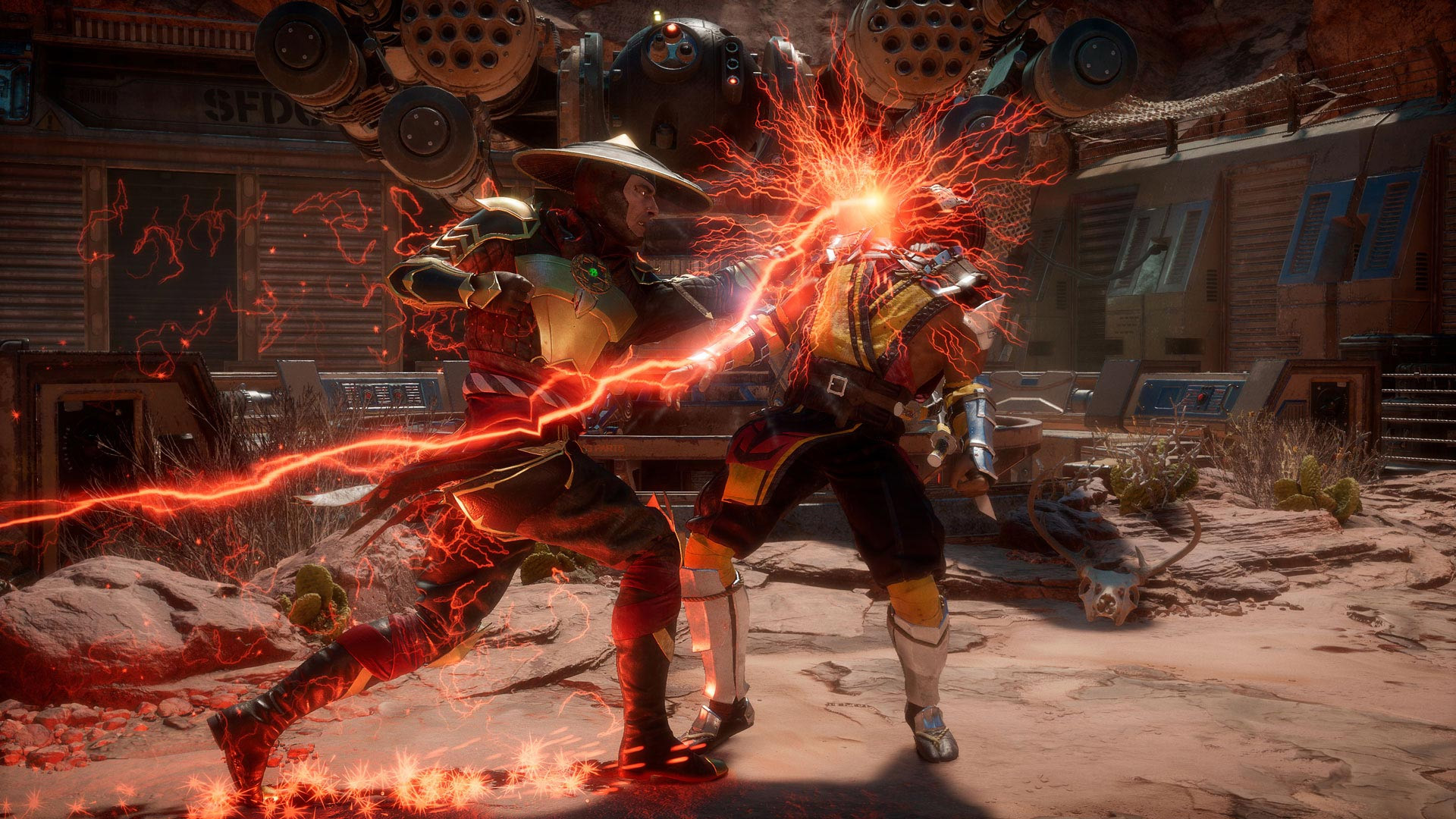 I don’t mean to alarm you, but Raiden just made Scorpion’s head explode in front of a live studio audience. Ed Boon brought the sufficiently gory debut trailer for Mortal Kombat 11 to The Game Awards, along with a fast-approaching release date: the game is set to launch on April 23, 2019. Not only is it coming to PC, PlayStation 4, and Xbox One, but there’s a Nintendo Switch version, too.

“The all new Custom Character Variations give you unprecedented control to customize the fighters and make them your own,” reads the overview. “The new graphics engine showcasing every skull-shattering, eye-popping moment, brings you so close to the fight you can feel it. And featuring a roster of new and returning Klassic Fighters, Mortal Kombat‘s best in class cinematic story mode continues the epic saga over 25 years in the making.” Shenanigans are clearly afoot in Earthrealm.

Pre-orders come with the big boss himself, Shao Kahn, and access to the Mortal Kombat 11 closed beta which will run on PlayStation 4 and Xbox One in March 2019.