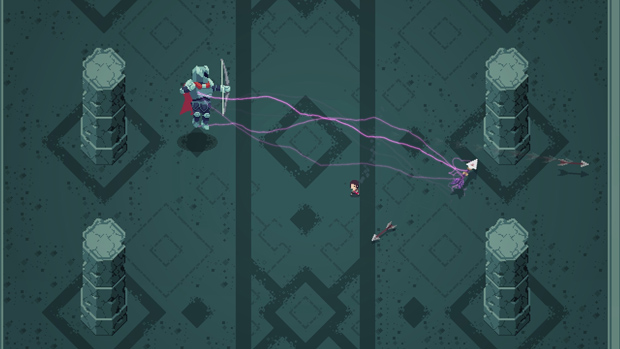 Your fragile hero will die in one hit, and he’s only got a single arrow with which to kill numerous monsters that would serve as big bosses in more relaxed adventures. You’ve got to find their weak point, dodge attacks like a madman until you can exploit it, and land that precise killing blow.

That’s it? That’s it! Add in some cool environments between encounters with subtle hints at a possible overarching story, sure, but that’s basically it. (At least from what I’ve played so far.) Developer Acid Nerve has come out with a demo to help you get a feel for the action, and I encourage you to play it ahead of the full release on PC, PlayStation 4, and PS Vita on April 14.

I’ve enjoyed the first several titans and am curious (afraid) to see where things go from here.