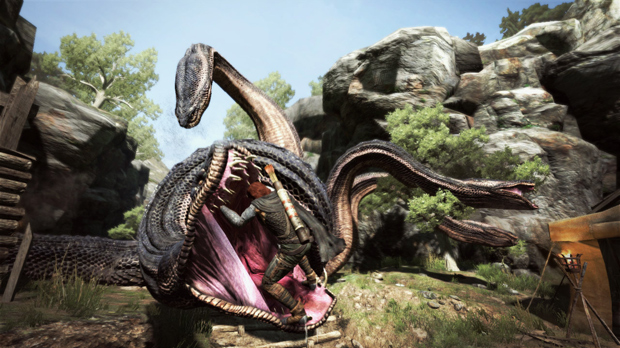 I don’t want to assume the worst, but…

Well, my emotions have been sufficiently toyed with. A European trademark for Dragon’s Dogma Online was discovered today by NeoGAF and as far as words I don’t want to see appear in videogame names go, particularly from a company like (modern-day) Capcom, “online” ranks high.

Another Dragon’s Dogma is something fans definitely want, but not like this. There’s lots of speculation about what “this” might be and most of it sounds bad. The original game formula plus co-op would be alright, though what role would pawns play? They’re masterworks, all.

Some people are suggesting the trademark could be for a renamed Deep Down which, ugh, that even being a possibility, no matter how remote, is gross. Then again, this is Capcom.

Whatever Dragon’s Dogma Online ends up being, I hope we find out soon. Rip off that bandage.