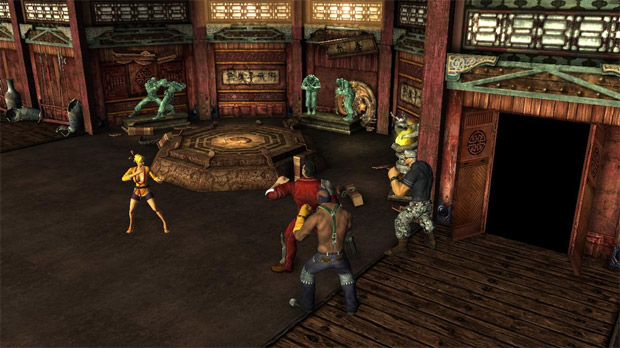 If you’re unfamiliar with Double Dragon II: Wander of the Dragons, the official description for the just-release Xbox Live Arcade game will help clue you in to the situation: “This is a remake ‘Double Dragon II‘ a 80’s game. The story line takes same as original game story. However, the graphic, character, action, system etc. are change.

“Also we are including new stage and enemy in the game. The player will be addicted to new version of Double Dragon II. Also, characters are undressed from 80’s style, and recreated with modern sexy and beautiful style that amaze you and feel never been experienced world before.” Sound familiar?

Years ago, at this point, I played a build of the remake and found it to be exactly what one would think based on first impressions. Perhaps it has improved since then, but I’d be surprised if that were the case. Check it out at your own risk, Double Dragon fans.