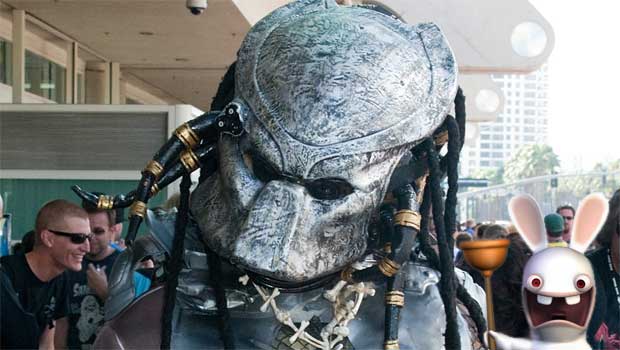 While not much is known about the title, one can assume it’s the latest in the series of Ghost Recon title games that is assumed to be released in 2010. In a financial report earlier this year, Ubisoft execs referred to the title only as Ghost Recon 4. This possible title could reveal some clues as to gameplay, setting, or story… but we doubt it has anything to do with Arnold Schwarzenegger or Danny Glover. Which is upsetting.

Another Ubisoft title has also be outted — Rabbids Lab. We’re going to go out on a limb here and guess that yet another Rabbids title is in the works. This time, in a laboratory. What’s up, Ubisoft? Have you truly forgotten about Rayman?