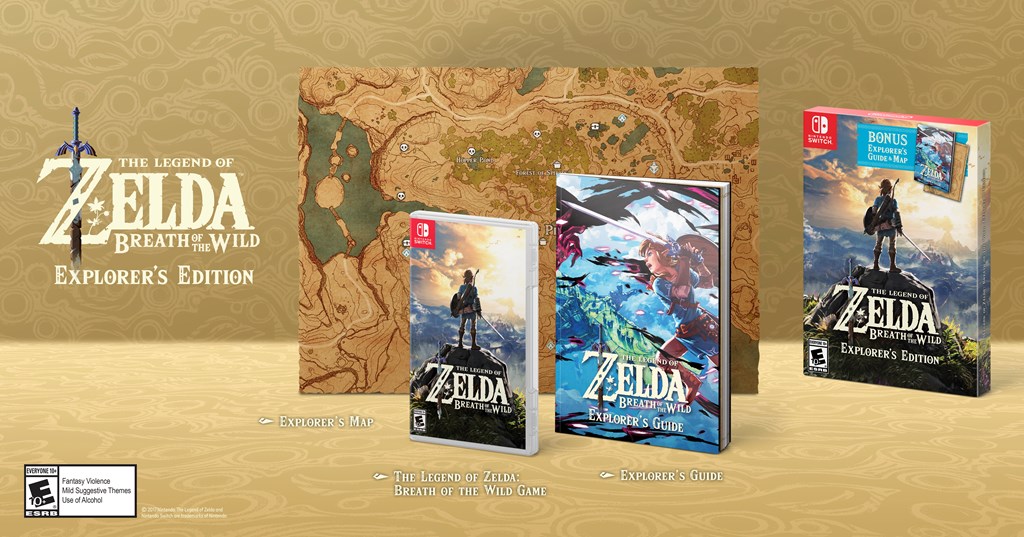 It’s basically the same with a few pack-ins

This week Nintendo released a new package for Breath of the Wild — the “Explorer’s Edition.”

Only available on Switch, this version is exactly the same when it comes to what’s on the disc (cart), it just has some extras in the case. Specifically, a two-sided game map, as well as a  100 page “explorer’s guide.” It hasn’t been said how many copies are being sold, but this was specifically pivoted as a Black Friday week promotion.

Right now it’s available readily everywhere so it’s not rare in the slightest, but again, it isn’t known how many Nintendo printed or if they’ll keep printing it.