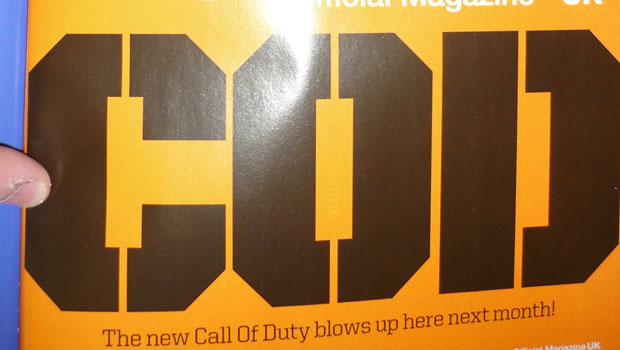 It’s not a matter of “if” but “when” — there’s a new Call of Duty game coming out this year, make no mistake about it.

According to a teaser in the latest issue of Official PlayStation Magazine UK, we’ll find out more next month, prior to E3. The magazine teases an exclusive reveal of the title in its next issue, which is said to hit newsstands on May 17. Outside of the fact that the game will feature at least one grenade, that’s all of the information we have right now.

A mysterious package that arrived at our offices earlier this week hinted at a Call of Duty game reveal, but could also be related to Activision’s upcoming title, the Raven-developed Singularity. With that mystery parcel hinting at more details next week, I guess we’ll know more soon enough.