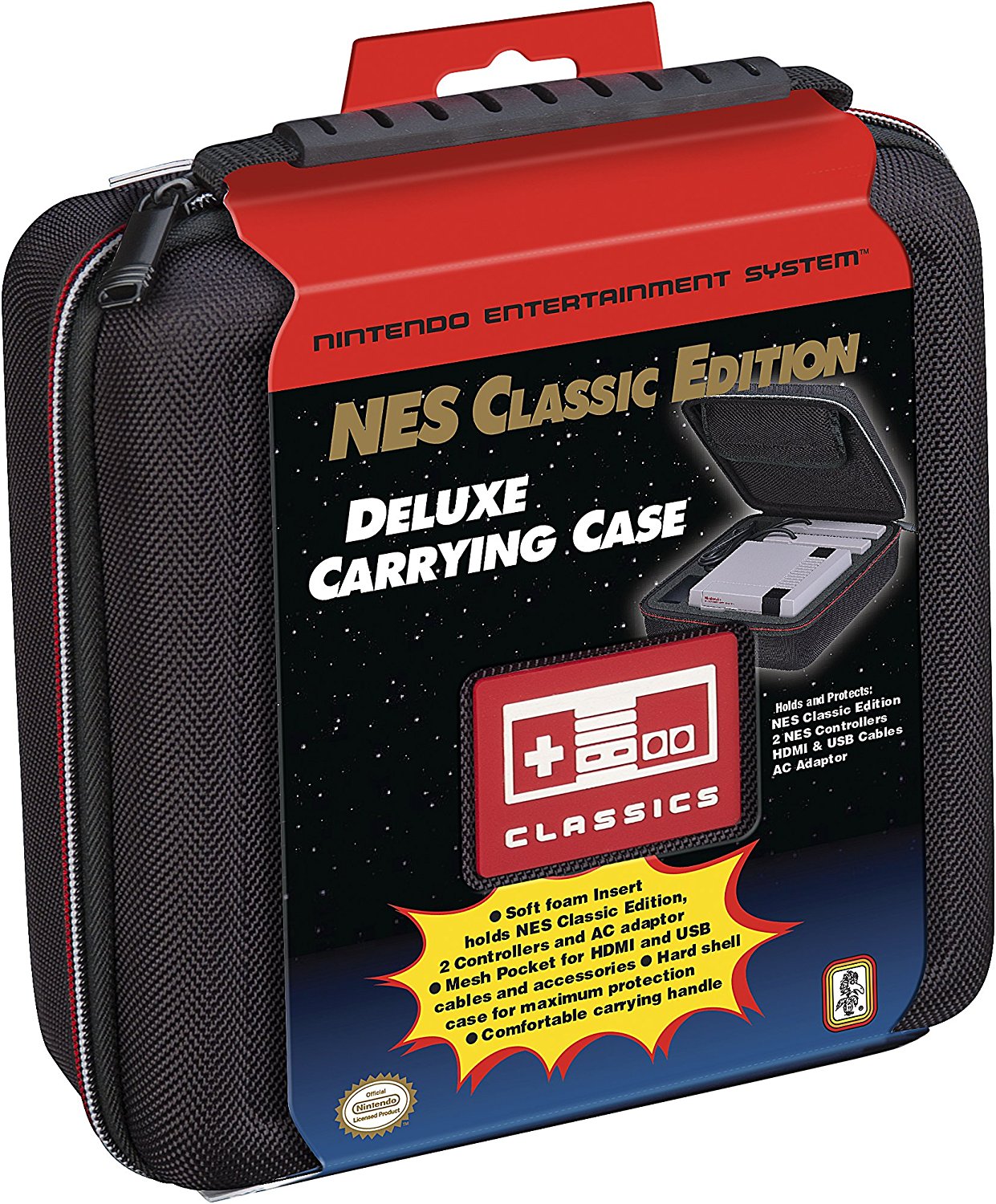 Fingers crossed for a mini SNES

[I accidentally deleted this speculation piece a few days after it originally ran. For the original article and its comments, please access the archived version. -Kevin]

Nintendo will be releasing the NES Classic Edition on November 11, and if you’re looking to take yours to Grandma’s house for Thanksgiving, you might want a carrying case to bring it along in.

RDS industries makes all sorts of officially licensed gaming accessories, including protective bags for consoles. Its bags tend to use official logos from whatever company it is representing, as you can see on this PS4 carrying case. The packaging for its mini NES tote even ties in with the original NES box, using the same fonts and showing the product on a star field.

I suspect that the mini NES will be a huge hit this holiday, but Nintendo’s a famously conservative company, and it’s probably waiting to see how this console does before greenlighting production on any other systems. Here’s hoping we’ll see the SNES Classic Edition this time next year.