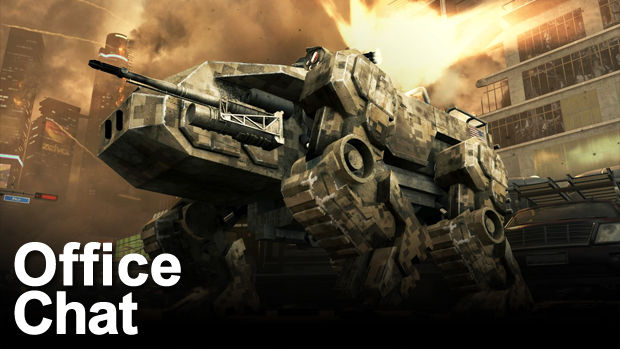 We’re all pretty floored about the new direction Treyarch is taking the Call of Duty series for Black Ops 2, as it sounds like they’re making the biggest effort to evolve the franchise since Modern Warfare. I talked a bit with Jordan Devore and Brett Zeidler about the announcements in this latest episode of Office Chat.

Jordan and I also give some impressions of the last weekend’s Guild Wars 2 beta event, which more or less consumed us during the time it was available. There’s still some balancing work to be done, as we note in our discussion, but I can’t remember the last time I was this interested in playing a fantasy MMO.

You just never know what curve balls life is going to throw your way.