Watch Dogs 2 was a pretty good representation of the hacking community that has grown over the years, but it did have one big flaw. These supposed nobodies were running around with near superhuman bullet resistance and blowing shit up with military-grade firearms. For a cast of characters just wanting to screw around with Hollywood productions, killing hundreds of people always felt odd. While you could non-lethally finish each mission, combat was still involved at nearly every corner.

In real life, that wouldn’t be the case. Most people aren’t bullet sponges or posses a near encyclopedic knowledge of firearms. An average Joe with some solid hacking skills would get put down pretty quick after getting caught. Off Grid captures that feeling, but even goes a bit further to acquaint players with the world of hacking.

The opening moments of Off Grid see you making breakfast for your daughter and acting like a normal dad. She gives you the gift of some knock-off Google Glass eyewear before an agency busts into the house and arrests her for being a hacker. Unaware of your daughter’s second life, but still wishing to help, your journey tasks you with tracking down friends of hers and trying to find out what is going on. 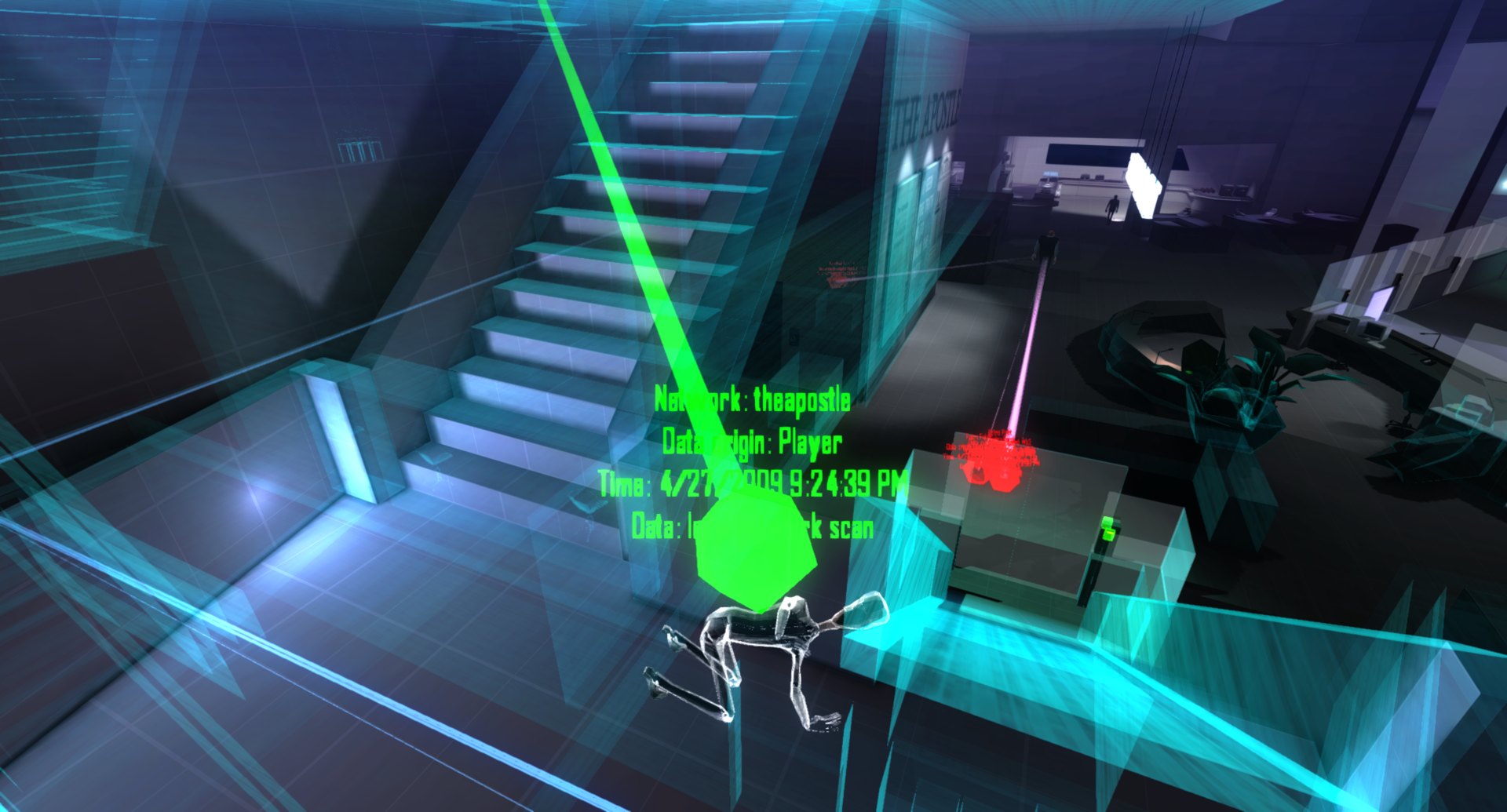 Rich Metson, one of the designers of Off Grid at Semaeopus Ltd., said the whole goal was to make a more relatable story by having the main character be on the same level as the player. “In a bunch of other games, your character already knows everything, but that isn’t exactly how it would go,” he said. As such, you’ll start off with no prior experience hacking before picking up skills as you go along.

As well as being a relative noob to hacking, Off Grid also shows how welcoming the hacking community can be. Rich has friends who have been involved in some not-exactly-legal situations because of hacking, but they have always been willing to talk about their skills and share how they can breach databases or subvert security measures. This more intimate knowledge informs some of the decisions for not only the story, but the gameplay of Off Grid.

The closest comparison I can make is the 2014 indie hit Gunpoint. That game had some interconnected systems that would allow you to link a lightswitch with a lightsource in a completely different room to distract a guard before you headed upstairs. Off Grid is doing basically that, just in a 3D environment. 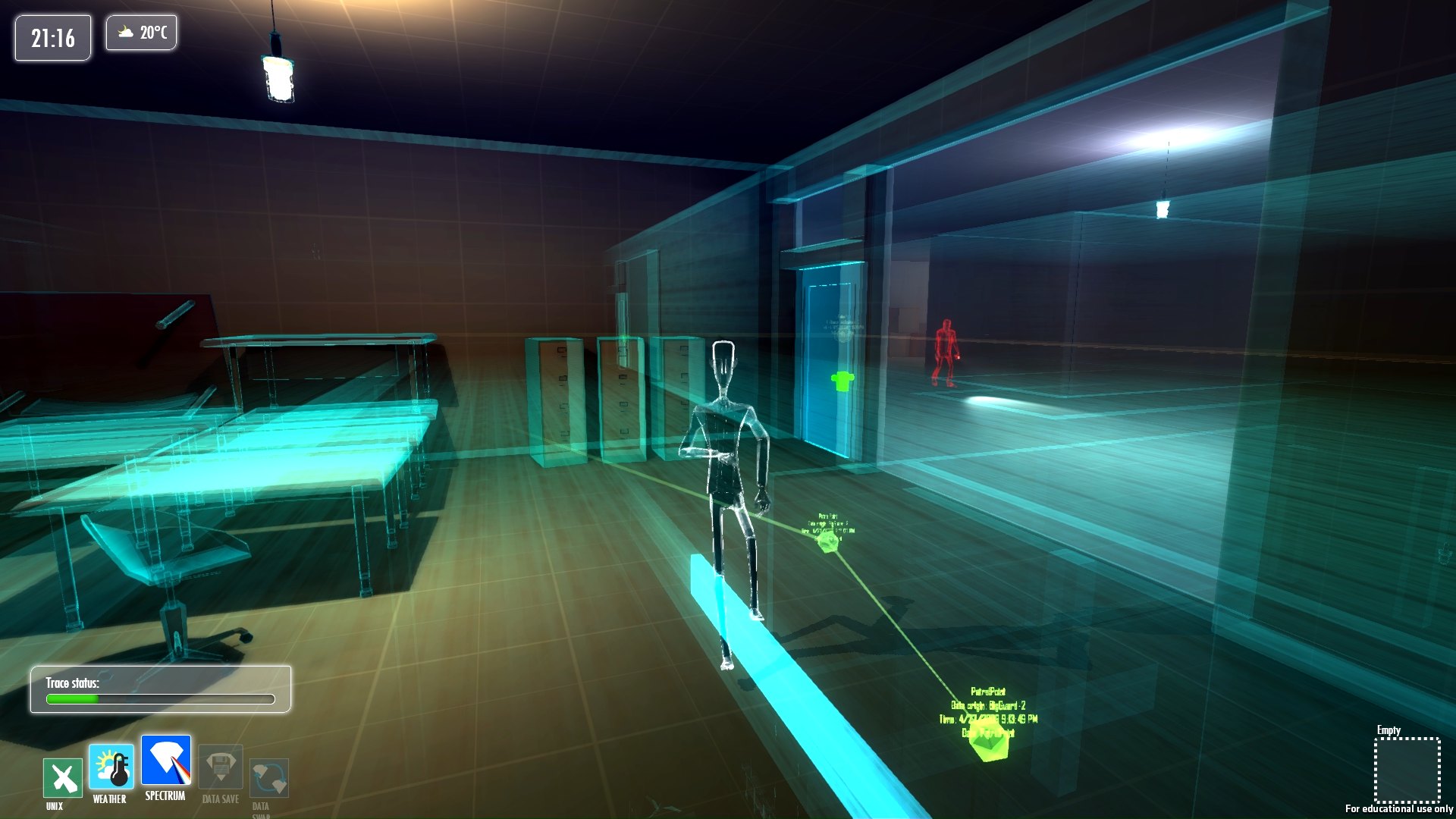 The demo sort of had that going on, but in its rough alpha state, a lot of quirks got in the way of the vision. Still, you can turn on various apps on your smart glasses and then use those to hack computers, vending machines, and even hand driers to get access to passwords hidden on the network. Working through these different sources will allow you to piece out passwords for more secure locations or even just distract guards by making a vending machine shoot out a can of soda at 30 MPH.

Along with that, some basic stealth systems paint the rest of the gameplay that was on offer. I was able to crawl around on the floor and duck into the shadows to stay out of sight from guards. The very big twist is that combat is not an option at all, so being sighted will result in you getting subdued and failing.

There are a bunch of various menus and HUD elements that sort of obstruct this intention, but that is mostly due to the game being in alpha. As Rich told me, the main intention for PAX was to get the various systems working before worrying about how the game controlled or what it looked like. That being said, the art style was informed by the relatively small team size. 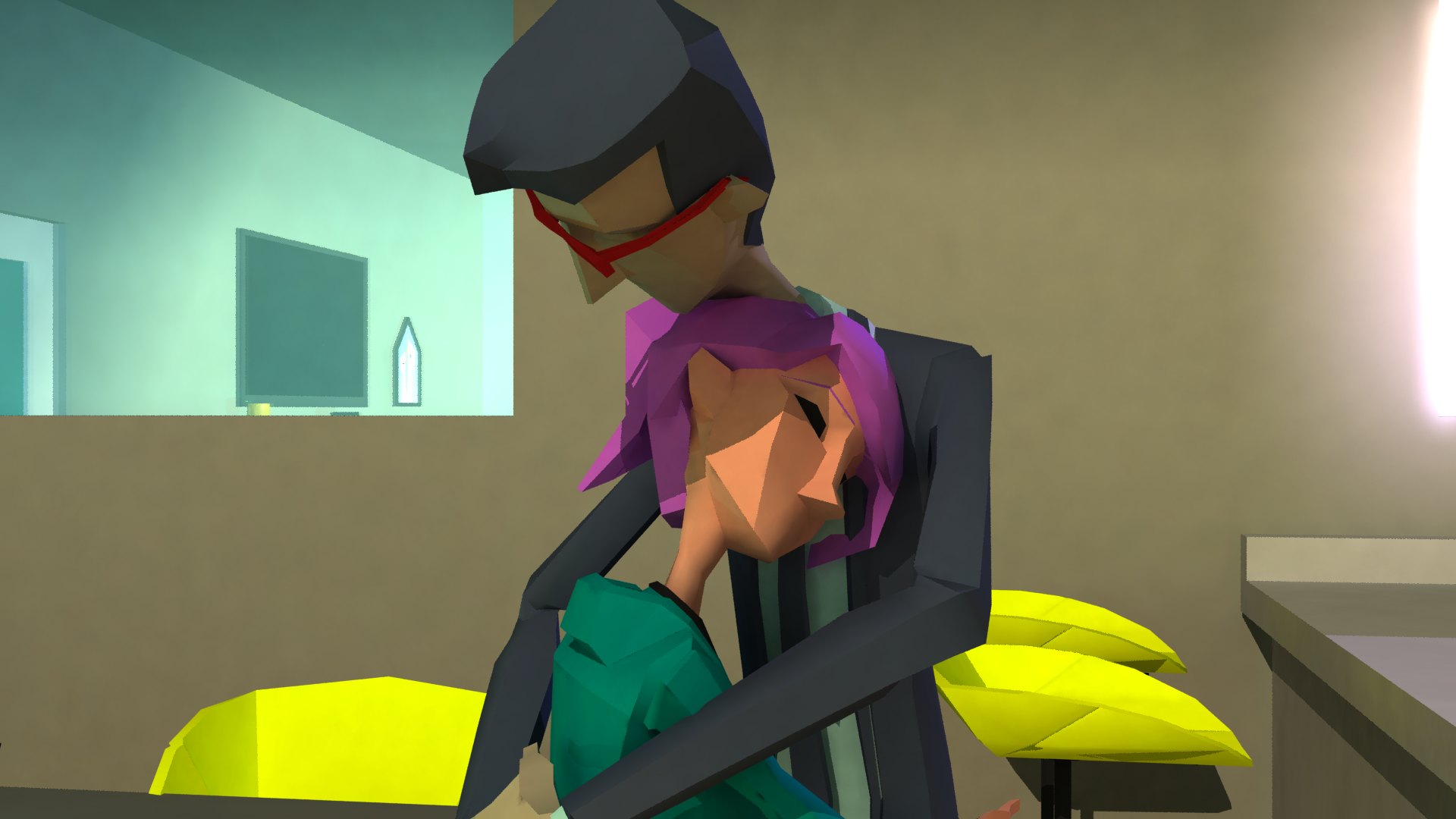 I met three of the guys that are working on Off Grid and I was told of a woman working on the art, but I don’t believe they’re bigger than four or five strong. To even have such a complex game running in such a short while is pretty damn impressive, so I can forgive the sort of Octodad vibe the game currently has. That should be ironed out in the future. The art, though, was made to be minimalist so that the team could focus more on creating interesting gameplay instead of pumping out cutting-edge visuals.

In a super neat twist, mod support will be available from day one. The reason for this is that Rich wanted the actual game code to reflect the hackability of the world his game is set in. If you’re savvy in LUA script, Off Grid will be fully open to you with no restrictions. If you want to change any of the dialog or modify what can be hacked in-game, have at it. Those without strong programming insight will still be able to tinker around with a custom form of mod tools for the Unity engine. Instead of releasing the entire source code, Semaeopus will have plugins available that will allow you to tweak various parameters of the game to your needs.

What strikes me is how interesting the game world seems. I love the idea of chaining hacks together and figuring out solutions on the fly instead of dealing with scripted events or restrictions in interactivity. The lack of combat also makes the game stand out from the crowd; it is surprising how many games focus almost exclusively on various forms of murder with little distinction between them.

But Off Grid is clearly not ready for a release. The hard part of getting the thing running is done; now the game just needs some optimization and streamlining before it is ready. I’m interested by everything I saw, though, so I’m hopeful that Rich and his team will be able to create something special.