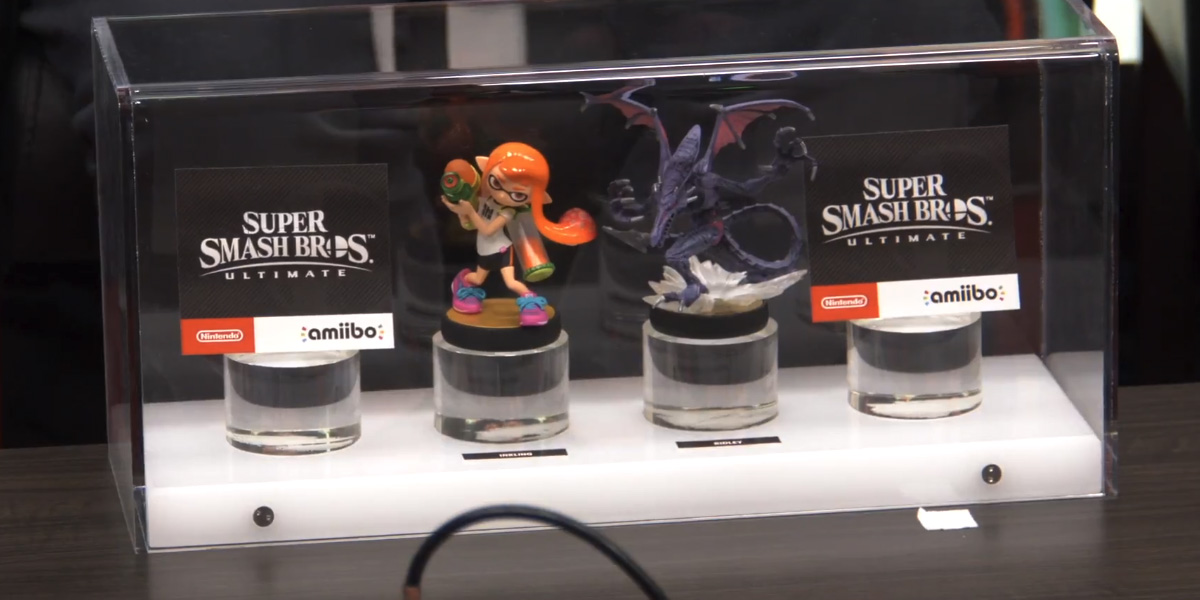 After Nintendo’s big Direct we moved on to my favorite part of E3 (kind of not joking) — amiibo reveals.

During the post-stream Sakurai and company played some Smash Ultimate, then took a quick break to introduce the Ridley amiibo, which looks smooth as hell. There’s also an inkling on the pedestal as well as two blank spaces — one of which is reserved for Daisy (who also has a Mario line figure), the newly announced alternate form of Peach. The Inkling is also getting its own Smash figure.

Um, so Snake, Wolf, Pichu, and a ton more need amiibo too! Get ready for the new amiibo insanity?