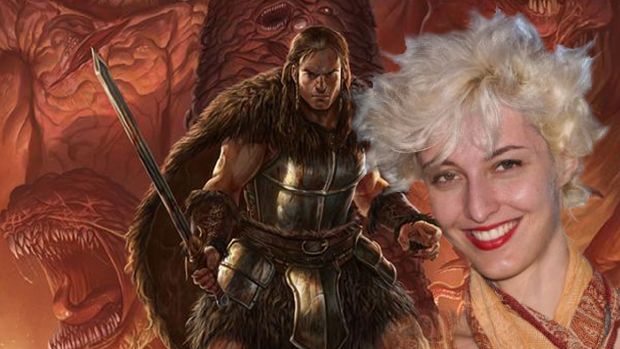 A few Sunday’s ago on Sup Holmes, we welcomed game developer, design professor, and Castlevania 2 defender Thais Weiller to the program. Thais is the first game developer I’ve spoken to who has just as much experience with the Amazon jungle as she does the game publisher and online storefront of the same name. We talked about how living in Brazil sometimes mirrors the experience of playing a tough but fair game, her work on Oniken and Odallus, why she quit modeling to join the ranks of game development underdogs, low res sprite characters with realistic proportions, capybara bosses, Twin Peaks, and a lot more.

Full disclosure, I’m going to send Thais and her JoyMasher partner Danilo a copy of Castlevania: Order of Ecclesia, mostly because I hope the game inspires them. Castlevania director Koji Igarashi reportedly based Ecclesia protagonist Shanoa on his wife (for more about that, check out our free digital magazine). It would be pretty neat if Danilo and Thais followed suit with a new game about a white haired, former fashion model fighting her way through a hostile jungle brush and unpredictable bus stops.

Thanks again to Thais for hanging out, and be sure to tune in today at 4pm when we welcome Edmund McMillen and James Id to the show to talk about Fingered. It should be a hoot.