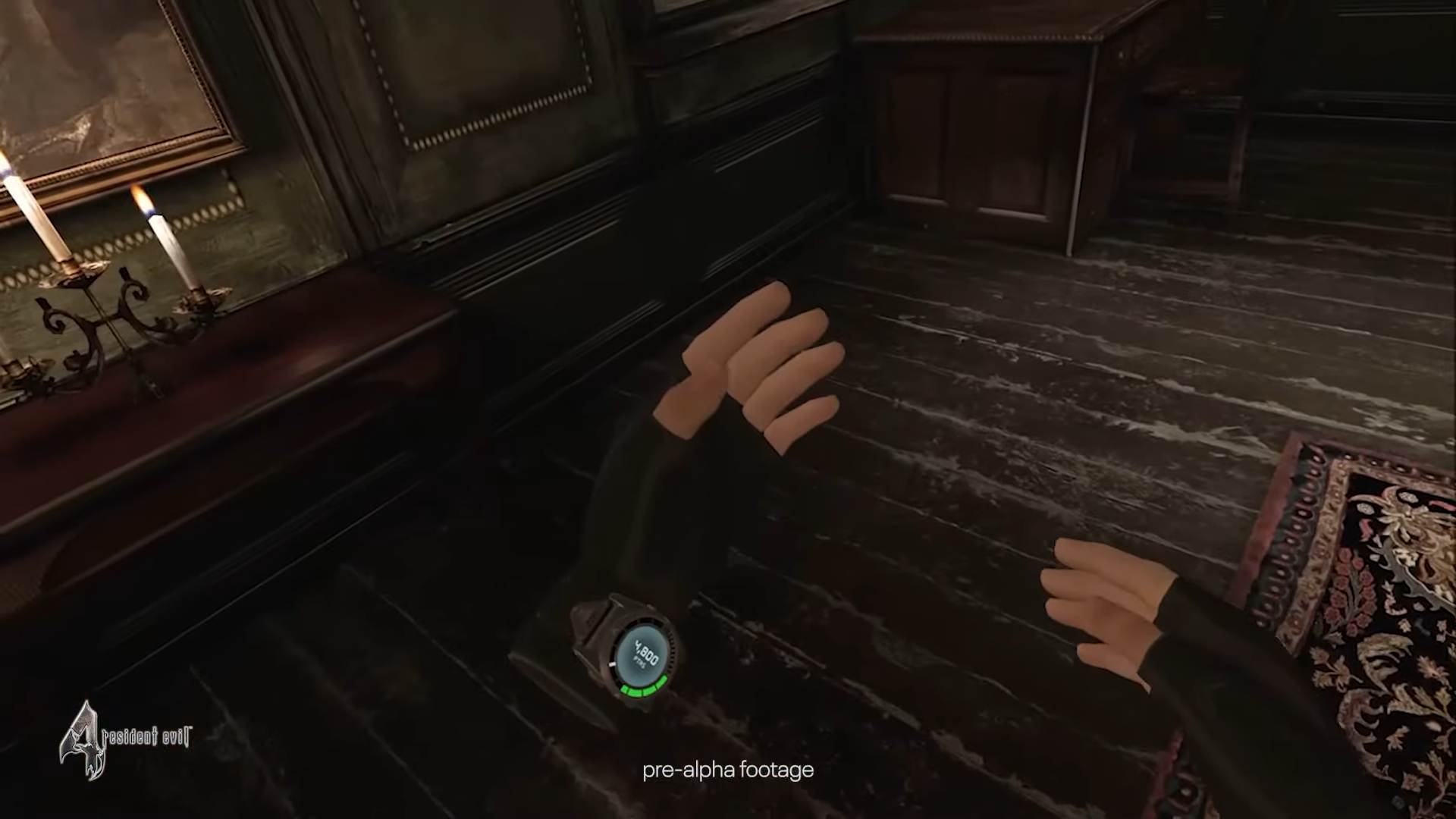 Leon’s got a new watch

Earlier this month, Capcom announced Resident Evil 4 would be coming to virtual reality via the Oculus Quest 2. During today’s Oculus Gaming Showcase, the VR company showed more of how Leon’s adventure is being turned into a first-person VR experience.

The most obvious change is that you’re moving around in first-person, with the Touch controllers acting as your mode of interaction. The analog stick moves you around, but development studio Armature has added an upper-body rig on top of Leon to work movement in with the Touch controllers, and there’s support for both teleportation and room-scale movement options. The Oculus blog says you can play through the whole game comfortably seated, if you’d like.

There’s also a lot of remastered art. Over 4,500 textures have either been repainted or had their resolution bumped up, character animations have been converted over to Unreal Engine 4, and cutscenes will be shown in their original format.

Overall, the VR version is looking even more solid than it did during last week’s showcase. You can see more of it in the above video starting around the 21:30 mark, including a wild Pokédex-looking device and Leon’s sick health-tracking watch. Considering how much of a different experience VR made for playing through Resident Evil 7, playing through the village, castle, and more in Resident Evil 4‘s VR adaptation could be pretty rad when it goes live later this year.