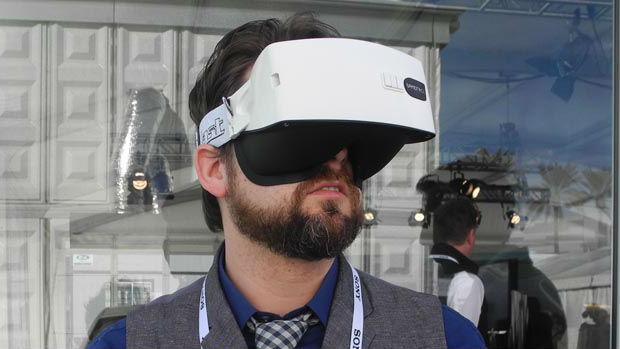 Yes, they do say ‘Get your GameFace on’

Back in 2012 we first heard about the vision of Oculus Rift: to make virtual reality a relevant conversation again by bringing the technology up to today’s standards, with low-latency head tracking for optimal immersion. Since then, it has made quite a splash for those fortunate enough to try it, and although it is still a niche piece of hardware, others have taken notice of the hype.

One such entity that has taken notice is GameFace Labs, which showed off its own VR headset at CES. This is not a straight copy of the more famous virtual reality hardware; GameFace and Oculus Rift have a few notable differences. On the plus side, GameFace is completely wireless, allowing players to stand and turn freely in their environments. As a minus, it is running on Android and is therefore limited in its processing power compared to a PC.

Engadget has a good hands-on preview of the headset from CES 2014, describing the differences between it and Oculus Rift. On the official GameFace website, GameFace Labs extols the virtues of being Android-based, and enumerates developers committed to the project, which include indie darlings Mojang and Halfbrick, among others.