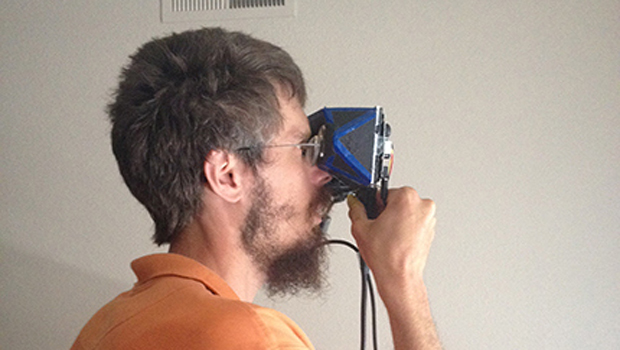 Oculus Rift co-founder Andrew Scott Reisse, age 33, was killed by a speeding car in Santa Ana, California. The car was allegedly driven by Victor Sanchez, age 21, who along with two other unnamed suspects, were fleeing from police in a high speed chase at the time of the accident. The three were reportedly involved in some form of “criminal activity” prior to the chase, which led to police involvement and the “officer involved shooting” of Gerardo Diego Ayala, age 26, who was reportedly involved in the alleged criminal activity along with Sanchez and the other two suspects. Ayala was later pronounced dead at a local hospital.

The shooting incident led to Sanchez and the two unnamed suspect fleeing the scene in a white Dodge Charger, with police in pursuit. Sanchez reportedly collided two other cars prior to striking Riesse, and eventually crashing the Charger. All three suspects were apprehended.

Reisse was crossing the street at the time of the accident. He had moved to Santa Ana about a year ago, working in Irvine California on the Oculus Rift project. A grief counselor was reported made available to Reisse’s coworkers at Oculus, many of whom had known him for many years, through college and work at other game development studios.

Our deepest condolences to the friends, co-workers and family of all those involved in these tragic events. The official statement from Oculus follows below.

Andrew was a brilliant computer graphics engineer, an avid photographer and hiker who loved nature, a true loyal friend and a founding member of our close-knit Oculus family.

Some of us have known Andrew since college, and have worked with him at multiple companies beginning with Scaleform in Maryland which he helped start at age 19, then at Gaikai in Aliso Viejo, which brought him out to California, and finally at Oculus where he was a co-founder and lead engineer.

Andrew’s contributions span far and wide in the video game industry. His code is embedded in thousands of games played by millions of people around the world.

Words can not express how sorely he will be missed or how deeply our sympathy runs for his family.

Andrew will always be in our thoughts and will never be forgotten. We love you, Reisse.